Triber eschews its sibling’s rotary dial selector for a conventional gear lever, but with the benefit of a sequential manual override. With sales of the turbocharged model still to be announced, Renault India has unveiled prices for the new automatic Triber destined to come to South Africa in due course.

Essentially the same five-speed automated (AMT) that does duty in the Kwid, the Triber eschews its sibling’s rotary dial selector for a conventional gear lever, but with the benefit of a sequential manual override. The powerunit is however unchanged with the 1.0-litre three-cylinder petrol engine continuing to produce 52kW/96Nm. 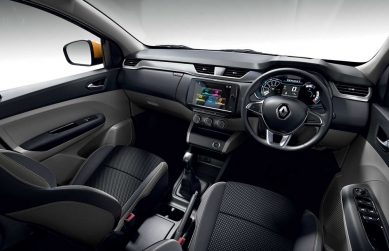 Locally, Renault could follow a similar path by making the ‘box optional on the Dynamique and the Prestige with the Expression being limited to the five-speed manual. With pricing for the Dynamique kicking-off at R181 900 though, expect the inclusion of the AMT to result in a sticker price of over R200 000, a figure which is likely to rise to around R220 000 in the case of the Prestige. As it stands though, these estimations are purely speculative.