Venza drops both the 2.7-litre four-cylinder and 3.5-litre V6 engines in favour a 2.5-litre combined with an electric motor. Toyota has revived the Venza name in the United States after a five year hiatus for an all-new crossover/SUV based on the Japanese market Harrier.

Whereas the previous generation sported an MPV-like design and boasted seating for five, the newest iteration essentially rates as a restyled Harrier, which previews the next Lexus RX, by not only incorporating Toyota’s corporate styling in the States, but featuring cues from amongst others, the Jaguar F-Pace.

Riding on the TNGA-K platform, the Venza once again seats five but according to Toyota, has ‘’space for what matters” with a claimed boot capacity of 1 027-litres with all of the mentioned seats in use as a result of the lithium-ion battery pack being located underneath the seats instead of the floor. 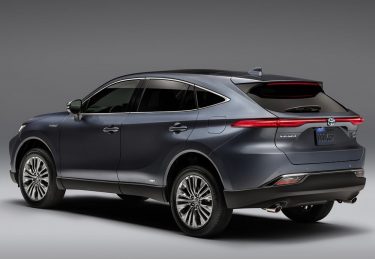 In terms of equipment, the Venza will go on sale in three trim grades; LE, XLE and Limited with tech such as an eight-inch touchscreen infotainment with Apple CarPlay and Android Auto, a 4.2-inch TFT instrument cluster display on the LE with the XLE and Limited getting a seven-inch display, a six-speaker sound system, heated electric front seats, a self-cleaning reverse camera, Smart Key Access on the XLE and Limited and 18-inch alloy wheels with the latter pair benefiting from 19-inch wheels.

Reserved for the Limited however is a ten-inch colour Heads-Up Display, a nine-speaker 1 200-watt JBL Premium sound system, a new 12.3-inch infotainment system that can be had as an option on the XLE, a so-called StarGaze fixed panoramic roof, a perimeter view surround camera system, ventilated electric front seats and a touch control interface for the climate control also available on the XLE. 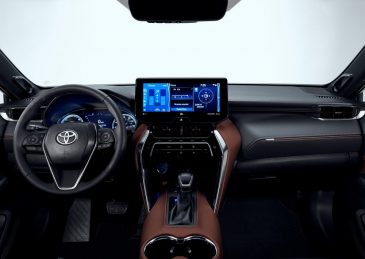 As eluded to earlier, and in a complete change from its predecessor, the Venza drops both the 2.7-litre four-cylinder and 3.5-litre V6 engines in favour a 2.5-litre combined with an electric motor for a total system output of 163 kW. Paired to a CVT, the presence of a secondary motor mounted on the rear axle also results in Venza being equipped as standard with all-wheel-drive. In addition, it also offers three driving modes; Eco, Normal and Sport.

Going on sale across North America from around June with pricing still to be confirmed, the Venza will be positioned between the RAV4 and Highlander but like the Harrier, won’t be offered in South Africa on account of it being a left-hand-drive only model.