Rogue will be powered by a new normally aspirated 2.5-litre petrol that punches out 135kW/245Nm. After posting a teaser image earlier today, Nissan has now officially detailed the all-new X-Trail in the guise of the North American market Rogue.

As seen in recent spy images and past renders, the fourth generation X-Trail conforms to Nissan’s latest styling language with looks taken from the Juke in the design of the split headlights and expansive V-motion grille with a first time active air shutters, although some elements from the facelift Patrol have also been incorporated.

Sporting a look similar to the Kicks when viewed from the back, the X-Trail rides on an updated version of the CMF platform that has seen a slight reduction on overall length, but without compromising on space with Nissan claiming not only more occupancy space, but also in the boot despite not releasing actual figures. 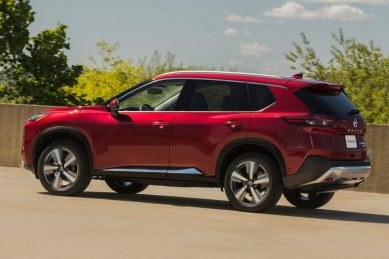 Inside, the interior is brand-new in both look and design with flagship models boasting a full 12.3-inch digital instrument cluster, a new nine-inch touchscreen infotainment system with Apple CarPlay and Android Auto, plus a model first 10.8-inch Heads-Up Display. Lesser models make do with a seven-inch instrument display and an eight-inch touchscreen.

Aside from the design, which sees a new climate control, choice of three colours; tan, grey and charcoal, updated steering wheel and gear lever, equipment, depending on the trim levels, consists of a wireless smartphone charging pad, heated front and rear seats, a model first tri-zone climate control, an electric tailgate, push-button start, a panoramic roof and a 10-speaker Bose sound system.

Representing just a significant departure from the old X-Trail is the newcomer’s safety sheet, which is highlighted by a reworked ProPILOT Assist system that uses the on-board satellite navigation, Adaptive Cruise Control and steering assist to aid braking and steering on the highway or when stuck in traffic. 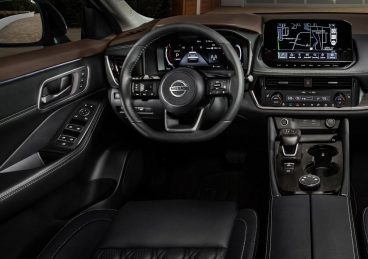 In North America, the Rogue will be offered in four trim grades; S, SV, SL and Premium with only a single engine option, a new normally aspirated 2.5-litre petrol that punches out 135kW/245Nm. As before, only a CVT is offered, but with drive going to the front or all four wheels. Each also comes with a drive mode selector, which in the case of the former amounts to three settings; Eco, Standard and Sport, and five in the latter; Eco, Standard, Sport, Snow and Off-Road. Outside of North America though, a wider range of powerunits will be offered, including an e-Power hybrid version and possibly even a turbodiesel.

Going on sale across the States later this year, the X-Trail is set to go on sale in South Africa either towards the end of this year or in 2021, but expect matters to become clearer once the European-spec model makes its unveiling.