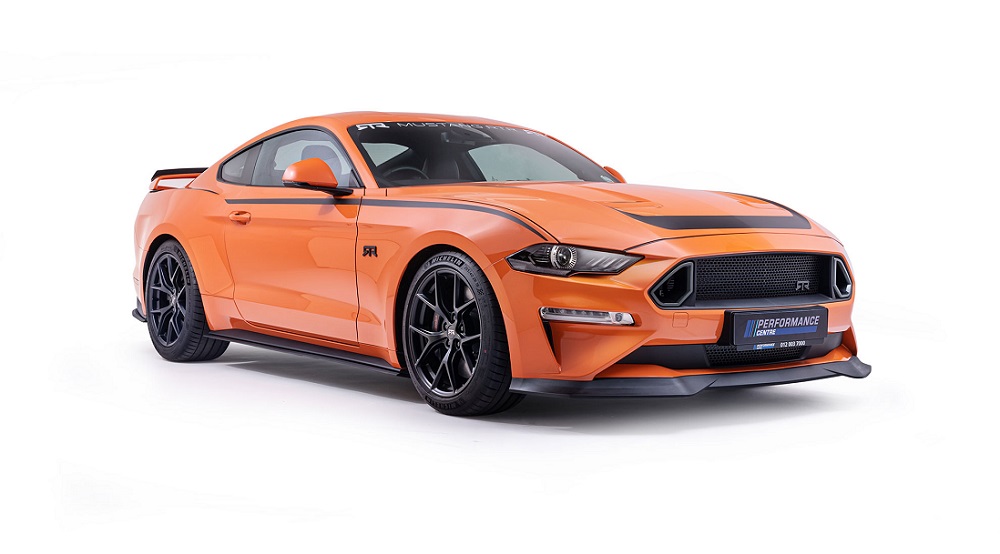 Ford approved aftermarket parts fitter and distributor, Performance Centre South Africa, has added another famous name to its line-up in the form of Authentic RTR Vehicles.

Already the suppliers and sellers of famed tuner Roush, the RTR brand, founded by self-taught Formula D champion Vaughn Gittin Jr, arrives in South Africa as part of a signing not only involving Performance Centre, but also Ford Performance and Ford Motor Company Southern Africa, with a series of bespoke fittings for the current Mustang GT and EcoBoost.

“Our goal was to take the driving and owner experience of the iconic Ford Mustang to the next level. This collaboration has created a Mustang that offers smile-inducing street driving, diverse capability on the track and a very distinctive owner experience for those looking to stand out from the crowd,” Gittin said.

Known as the RTR Vehicles Stage 1, the bespoke items in question consists of a 25 mm ride height drop as part of the Handling Package, 19-inch Ford Performance wheels, a Gurney flap and RTR grille, bonnet struts, aluminium strut tower braces, an RTR rear diffuser, windscreen banner, front splitter and side skirts, RTR logs and graphics, plus a RTR puddle lamp that replaces the Mustang logo. Inside, a certificate of authenticity is provided along with RTR embroidered floor mats, serialised illuminated door sills and a RTR plaque on the dashboard.

Underneath the bonnet, the main focus is on the GT which can be equipped with not only a Ford Performance intake manifold and software, but also a supercharger that lifts power from 331 kW to a monstrous 529 kW with torque rising from 529 Nm to 820 Nm. It is worth noting though that the output for the EcoBoost remains as is along with that of the GT specified without the blower.

In all, the RTR upgrades to the EcoBoost and GT will set buyers back R280 000, while the added addition of the supercharger sees the price rise to R565 000.