New looks backed-up by a brand-new interior and an all-petrol, three-cylinder engine line-up with a first time optional CVT.

With the wraps having come off earlier this month, Dacia has now provided complete details of the all-new third generation Sandero and Sandero Stepway.

On course to debut in Europe from February next year with delivers commencing soon after, the Sandero introduces the Romanian’s brand latest styling language derived from not only the Clio, but also the previous generation Megane Coupe from some angles. 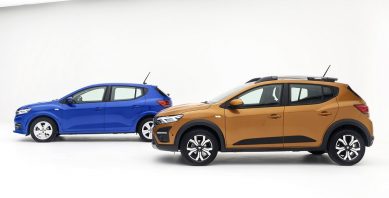 Appearing more upmarket than before, the newcomer eschews the familiar C-motifs for new Y-shapes within the LED head-and-taillights, which, apart from being standard across the range, is claimed to improve visibility, in case of the former, by 37% and nine percent in beam length and width.

As indicated previously, Dacia has also shifted the Sandero to a new platform with the dated B0, which can trace its roots back to third generation Clio, making way for an adapted version of the CMF-B used not only by the current Clio, but also the Captur and Nissan Micra. 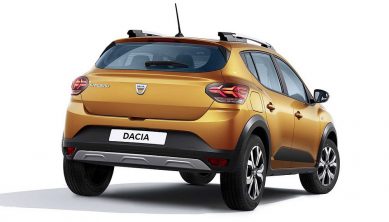 Measuring 4 088 mm in overall length with a height of 1 499 mm and width of 2 007 mm, the Sandero is longer and wider than the model it replaces, with the Stepway, apart from its exterior cladding and unique bumpers, roof rails, skidplates, different bonnet and diamond-cut 16-inch alloy wheels, standing 41 mm taller for a total ground clearance of 174 mm. The new platform has also resulted in an 18-litre improvement in boot capacity, now rated at 328-litres.

Not seen until now, the interior rates as a significant step-up with not only a new dashboard and improved materials, but more space with Dacia claiming a 42 mm improvement in rear passenger legroom as well as total storage areas of 21-litres. 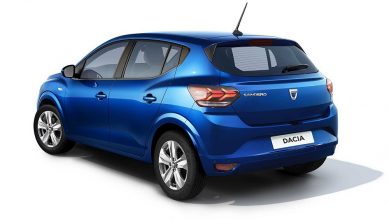 Highlighting the cabin are three new infotainment systems; the base being the new Media Control which comes with a cradle for a user’s smartphone that becomes the infotainment display with Bluetooth, app connect and USB connectivity provided, an eight-inch touchscreen Media Display with wireless Apple CarPlay and Android Auto and the top-spec MediaNav that has the same size, but adds satellite navigation and Wi-Fi. 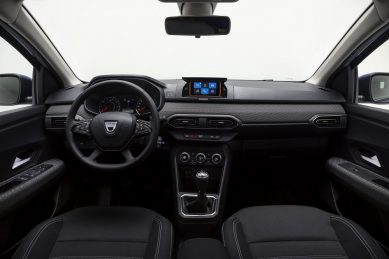 Matters are also new underneath the bonnet where the long serving 898 cc three-cylinder turbocharged engine has been dropped along with the stalwart 1.5 dCi turbodiesel, resulting in an all-petrol line-up with a displacement of one-litres and three-cylinders.

In base models, badged SCe 65, output is rated at 48 kW with the inclusion of a turbocharger upping the ante to 66 kW in the TCe 90. With an output of 74 kW, the most powerful model, the TCe 100, has the added ability to run on LPG with the standard 50-litre fuel tank being supplemented by a 40-litre tank for a combined range of just shy of 1 300 km according to Dacia. 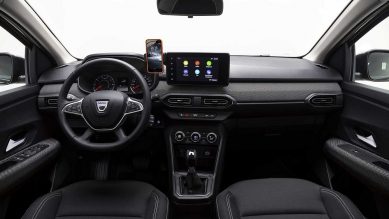 As before, drive is routed to the front wheels only, but delivered by a five-speed manual gearbox on the SCe 65 with both the TCe 90 and TCe 100 getting a new six-speed manual as standard. In a move similar to the current Brazilian-spec Sandero though, a CVT is offered for the first time, but only  on the TCe 90.

Ahead of its unveiling, no pricing for the Sandero was divulged with Dacia merely stating that it will “continue to give customers greater access than ever before to the best value-for-money cars on the market”. Locally, the newcomer will once again the carry the Renault diamond insignia and debut not long after its European sibling with exact specification being unknown at present.

Coming back? Alfa Romeo MiTo rumoured for 2023 return
1 day ago
1 day ago

Coming back? Alfa Romeo MiTo rumoured for 2023 return
1 day ago
1 day ago