A limited edition, the Hilux Mako will only be offered in Kiwi-land similar to the Suzuki Jimny pick-up. 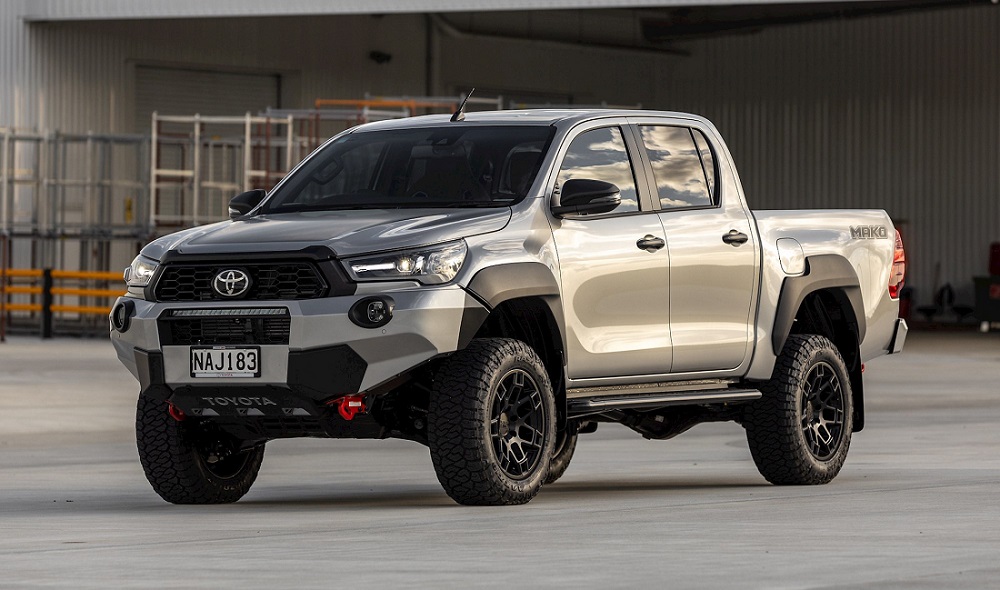 Toyota has unveiled what is being billed as the true rival for the Ford Ranger Raptor in the shape of the Mako only New Zealand will get. 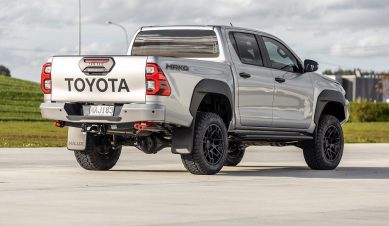 Locally developed and named after the Mako shark, the rugged-up Hilux is based on the range-topping SR5 Cruiser, but despite sharing similarities with the Rugged X offered in Australia, Toyota’s kiwi division has upped the ante by equipping it with an ARB Old Man Emu suspension and shocks, US-sourced 18-inch Black Rhino alloy wheels wrapped in Maxxis Razr all-terrain tyres and upgraded brakes from the Fortuner. 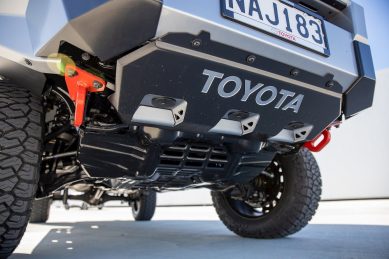 Standing 40 mm taller at the front and 50 mm at the rear, the Mako also gets a steel front bumper with an integrated LED light bar, unique front and rear wings with special cladding, red tow hooks, a Toyota branded steel front bashplate, a heavy duty Mako branded step integrated into the rear bumper, bin-liner, Mako badging on the sides of the loadbay, a model specific steering wheel with blue 12 o’clock marking and leather sport seats with Mako branded seatbacks. 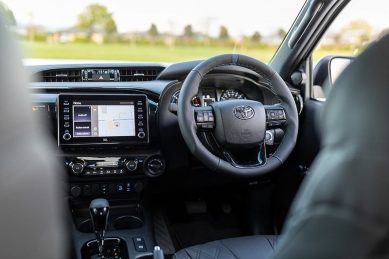 Underneath the bonnet, the updated 2.8 GD-6 turbodiesel engine continues to produce 150kW/500Nm, with drive going to the rear or all four wheels via the familiar six-speed automatic gearbox. 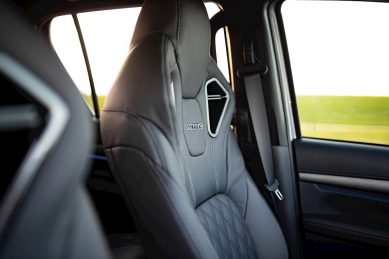 In New Zealand, the Mako commands a $21 000 (R234 204) premium over the SR5 Cruiser for a final sticker price of $79 900 (R891 092), with the only option being two rear tow hooks plus a heavy duty tow bar as part of the tow package. As indicated though, the Mako will only be offered to Kiwi buyers as it has been developed solely for New Zealand market conditions.