Production reportedly ending in March before the rumoured reveal of the 300 in September. 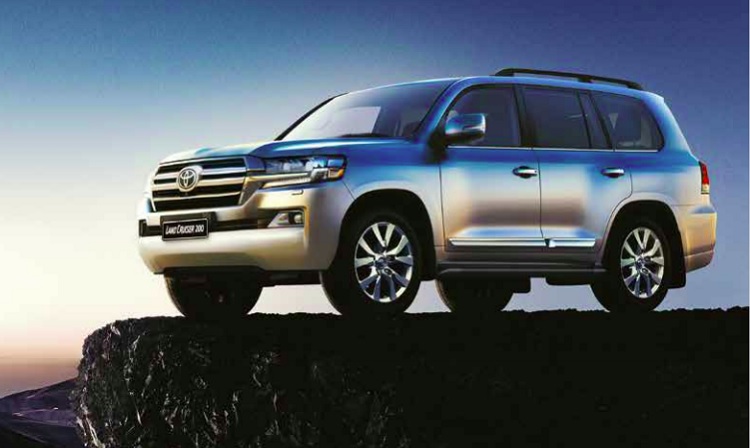 Toyota will reportedly end production of the Land Cruiser 200 in March next year in order to focus on the eagerly awaited 300 coming in September.

According to Australia’s caradvice.com.au, the 200, which entered production 13 years ago, will receive a final special edition version before bowing out after what will be a run of 14 years, the longest since the 40-series that lasted from 1960 to 1984 and the model replaced it, the current albeit workhorse focused 70-series.

Despite no comment from Toyota Australia on the 200’s reported demise, the publication claims that dealers have been instructed to place final orders and stock-up before the introduction of the mentioned special edition, which will likely to be a Down Under exclusive.

As is well-known by now, the 300 will switch to a unique body-on-frame version of the TNGA platform, called TNGA-F that also underpin the next generation Tundra pick-up in the United States, provide seating for five or eight, and allegedly have dimensions of 4 950 mm in overall length, a wheelbase of 2 900 mm, width of 1 985 mm and height of 1 880 mm.

The conundrum remains the choice of engines which will include the 3.5-litre badged 3.4-litre twin-turbo petrol V6 from the Lexus LS 500, the same unit albeit normally aspirated and with a hybrid system and the new 3.3-litre turbodiesel V6 that will replace the 4.5 D-4D, produce in the vicinity of 200kW/650Nm and serve as the sole option for the GR Hilux.

Although it has been reported in numerous occasions that the 300 would be the first Land Cruiser not to have a V8 option since the 80-series, it has since been claimed that a bent-eight will remain, but only for markets such as North America and the Middle East with the engine in question slated to be the current 4.7-litre V8 dropped not only in Australia but also in South Africa due to poor sales. The oil-burning V8 will remain in the 70-series though but could potentially be dropped or become a hybrid as part of Toyota’s all-vehicle electrification strategy by 2025.

Projected to retails from ¥6 974 000 (R1 030 653) in Japan based on prior reports, the 300 will more than likely go on sale in its home market first before arriving in others, which will mean a 2022 launch time for South Africa. In the meantime, expect more details or possibly even final specifications to emerge over the coming months.