Still the cause of debate is the 300's line-up of engines which could still feature a V8 in spite of the ongoing V6 only claims. 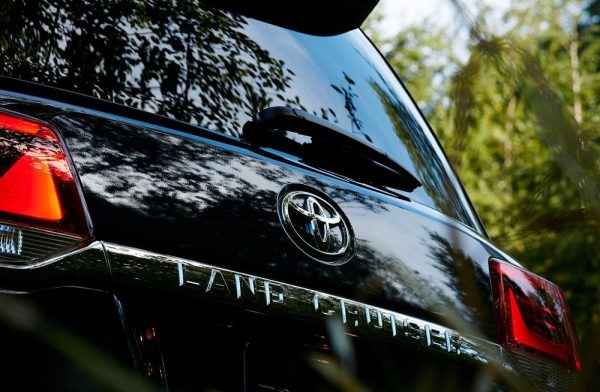 On course to make its eagerly awaited debut in April after nearly three years of speculative reports and rumours, a new claim from Japan has alleged that Toyota will be taking orders for the Land Cruiser 300 from as early as March.

The month in which the current 200 is expected to end production after 14 years, one of the longest in the Land Cruiser’s 69 year history, Best Car reports that the TNGA-F underpinned 300, as is already known, will provide seating for five or eight and now measure 4 980 mm in overall length with the wheelbase staying unchanged at 2 900 mm, the width decreasing to 1 980 mm and the height to 1 870 mm. Ground clearance is expected to be as much as 225 mm with a full-time four-wheel-drive system and low range again featuring.

Reportedly set to feature the new 12.3-inch touchscreen infotainment system carried over from the Harrier/Venza as part of a completely new interior, the 300’s choice of engines continues to remain a mystery with it being reported earlier this month that a V8 unit, the supposedly cancelled twin-turbo 4.0-litre Lexus bent-eight reserved for the now shelved next generation F models, could feature despite it being reported on numerous occasions that it would only be a V6 only affair and without an eight-cylinder option for the first time since the end of the 80-series in 1997.

The choice of bent-six units will comprise of the twin-turbocharged 3.5-litre badged 3.4 from the Lexus LS 500, a turbocharged hybrid unit of the same engine earmarked for 2022 and the all-new 200kW/650Nm 3.3-litre turbodiesel that will replace the 4.5 D-4D V8, which will continue, for now in the 76/79 models. For now, the only transmission mentioned is a six-speed automatic, but expect the Multi-Stage Hybrid system to star on the hybrid.

Rumoured though is a GR Sport model with claims of a diesel/electric model using the upgraded 2.8 GD-6 four-cylinder from the Hilux, Fortuner and Land Cruiser Prado in continuing to linger as Toyota’s push towards electrification of all of its vehicles by 2025 continues.

Initially planned for unveiling at the Tokyo Motor Show in 2019 before being pushed back twice last year and then to to July, then September and May this year, the 300, once the wraps come off, will more than likely only become available in South Africa towards the end of this year or possibly in 2022, although nothing has yet been confirmed.