You can now buy an armoured vehicle straight from showroom floor. 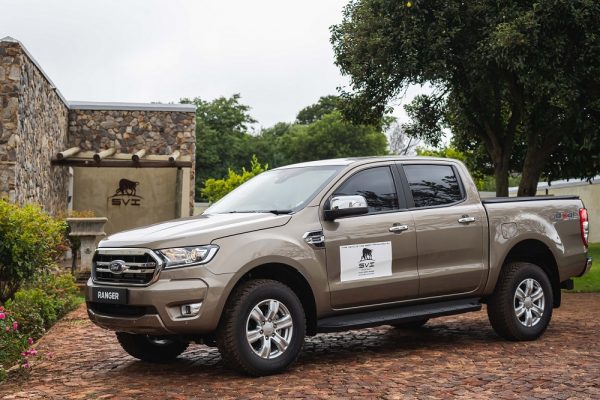 Apart from the ones carrying the rich and famous, bulletproof vehicles are not usually associated with daily commuters. But with more than 18 000 hijackings recorded in South Africa annually, the demand for greater levels of protection on the road has grown among civilians.

This has paved the way for a ground-breaking move by the Ford Motor Company of Southern Africa (FMCSA) in which the carmaker has joined forces with armoured protection specialist SVI Engineering. In a first for any local original equipment manufacturer (OEM), FMCSA on Thursday (28 January) introduced the availability of Ford-approved armoured protection for its Ranger, one of the top-selling vehicles in bakkie country South Africa.

While modifying a production vehicle with aftermarket armouring is nothing new, Ford and SVI’s partnership will make the Ranger the first bulletproof vehicle that can be ordered straight from a dealership floor in South Africa. This means that a customer will have the option of financing the armoured protection upgrade along with the vehicle’s purchase price through the dealership and will also have the peace of mind that the modifications won’t affect the vehicle’s warranty. 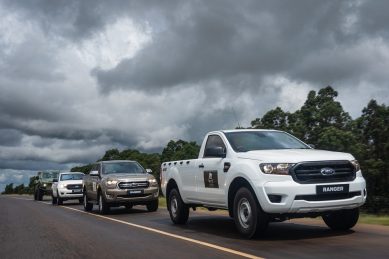 “We often hear about famous actors being transported in bulletproof cars, but the reality in South Arica is that there is a great need for them and a very diverse one at that. It can be parents living in a rural area wishing to send his child to university but fears for their safety on the way there,” says Dale Reid, Product Marketing Manager at FMCSA.

“Our motto is Built Ford Tough and we feel that this partnership fits the brand like a glove. And these modifications are perfectly safe and won’t impact the vehicle’s performance or warranty.”

SVI Engineering, which was formed in 2004 as a mechanical engineering and rapid-product development firm, will modify the Rangers at their facility on the outskirts of Eastern Pretoria, just down road from where the bakkies are built at Ford’s assembly plant in Silverton. 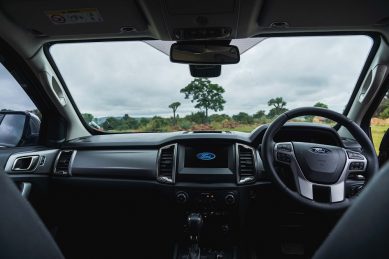 In discreet guise, the armoured Ranger’s interior looks very similar to a normal one.

“The Ranger is one of the best-selling bakkies in South Africa and this agreement expands SVI’s footprint throughout Southern Africa. The quality of the Ranger mirrors the well-proven ballistic protection and track record of SVI’s armouring solutions. Customers can now procure a fully locally-manufactured armoured vehicle with OEM support,” says Jaco de Kock, CEO at SVI Engineering.

Two levels of Ford-approved armoured protection across all Ranger models are offered; B4 and B6 armoured specification. The B4 option offers bullet-resistant protection against handguns up to a .44 Magnum, which makes it a viable solution in hijack situations.

A B4 armoured Ranger consists of 18 to 21 mm armoured glass and Kevlar sheets used as “second skin” in the body panels, all of which adds 280 kg to the Ranger in double cab guise. According to SVI, the additional weight will have minimal impact on the bakkie’s acceleration, fuel consumption and dynamic performance. High-quality glass is used in the armoured Rangers, consisting of special layers of glass and polycarbonate material to withstand compression and tension forces.

The B6 specification offers the highest level of civilian protection allowed by law without a special permit. It can protect the vehicle’s occupants against ammunition fired by a R1 assault rifle and AK47. Because the combination of 38mm armoured glass and special armoured steel plates used in the B6 add an additional 650 kg to the vehicle’s overall weight, a suspension upgrade is included in this option.

In B6 guise, a discreet appearance or more cost-effective non-discreet option, called Stopgun V2.0, are offered. The discreet option is mainly aimed at private customers as interior and exterior aesthetics of their vehicle are not compromised, where the Stopgun option is intended for commercial use.

The B4 can only be ordered in the discreet option. B4 and B6 options both include protection for all glazing surrounding the occupants, the vehicle’s A, B and C-pillars, doors, firewall, rear of the cabin, front fenders, fenders and ABS unit. Roof and floor armouring, bulbar and ballistic grill, run-flat ring system for the tyres and public announcement system are optional Ford-approved extras offered by SVI. Special hinges are used to handle the addition weight of the armoured Ranger’s doors.