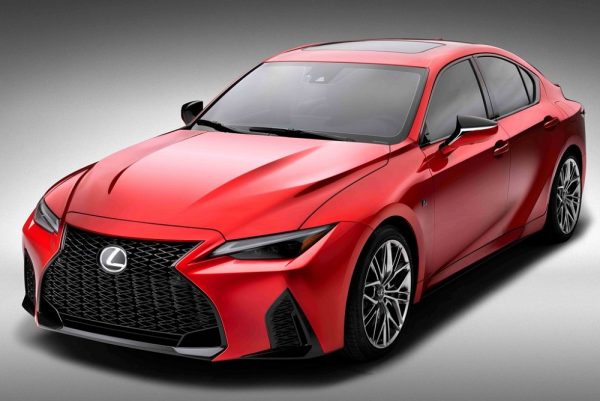 Despite having ruled a successor to the IS F out three years ago, a fresh report from Australia has alleged that Lexus’ incoming range of next generation F performance will revive the rival for the BMW M3 and Mercedes-AMG C63 discontinued eight years ago.

On the back of the unveiling of the United States market only IS 500 F Sport Performance last month, motoring.com.au claims that the IS F will continue to feature a V8 engine unlike its straight-six and electrified four-cylinder turbocharged competition, but not the normally aspirated 5.0-litre unit used by the original or indeed by the IS 500 and RC F.

Instead, the allegedly cancelled but now very much back on, all-new 4.0-litre twin-turbo V8 will serve as powerunit with a reported output of 400kW/600Nm. While down on the 493 kW rumoured for the LC F, a model reportedly no longer happening, the IS F will be more powerful than its German’s rivals, but according to online publication, more aggressive in the looks department than its somewhat restrained looking predecessor.

For now, little else is known about the IS F including a launch date, which could however coincide with the debut of the next generation IS in 2026 that will ride on the new rear-wheel-drive platform co-developed with Mazda.