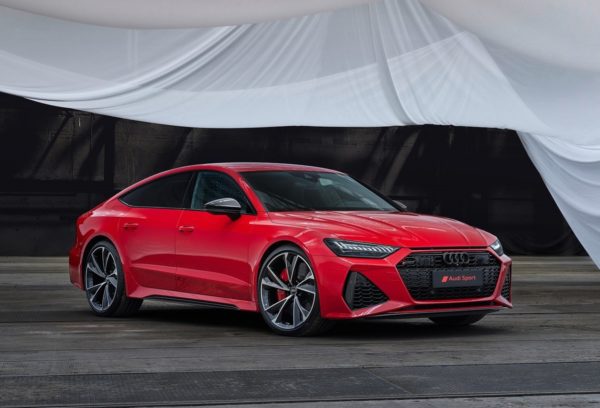 After an almost two year wait, Audi has finally detailed the new RS7 Sportback (above) and RS6 Avant. Pictures: Supplied

Revealed two years ago only weeks apart, Audi South Africa has released pricing of not only the second generation RS7 Sportback, but also the RS6 Avant.

Joining Ingolstadt’s arsenal of recently introduced performance models consisting of the updated R8, RS4 Avant and RS5, as well as the diesel-powered SQ7 and SQ8 SUVs, the RS6 and RS7 are both motivated by the Volkswagen Group’s twin-turbo 4.0 TFSI V8 boosted by a 48-volt mild-hybrid system. 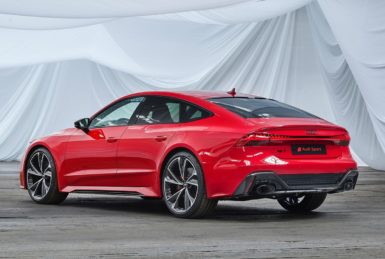 Connected to an eight-speed Tiptronic gearbox with drive going to all four corners, the electrified V8 thumps out 441kW/800Nm and results in both topping out at 250 km/h or 280 km/h with the optional RS Driver’s Package. The zero to 100km/h is over in 3.6 seconds.

In terms of features, the RS6 Avant and RS7 ride on the 22-inch 5 V-spoke RS alloy wheels finished in either matte titanium, silver, gloss or gloss anthracite black, while also coming as standard with the RS sport exhaust system, the RS adaptive air suspension and the Matrix laser light head lamps. 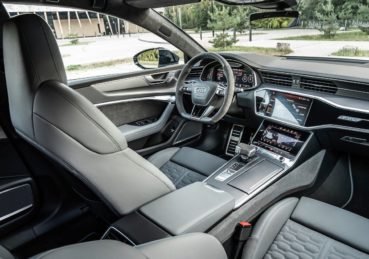 Also standard is the Drive Select system with six modes; Efficiency, Comfort, Auto, Dynamic and the new RS1 and RS2 that configures the Electronic Stability Control system and the exhaust.

From the options list, buyers can opt for the dynamic all-wheel steering system, the quattro sport differential and the RS carbon ceramic brakes that replaces the standard steel discs. Weighing 34 kg lighter, the discs measure 440 mm at the front compared to 420 mm, while those at the rear are unchanged at 370 mm despite the material being different. 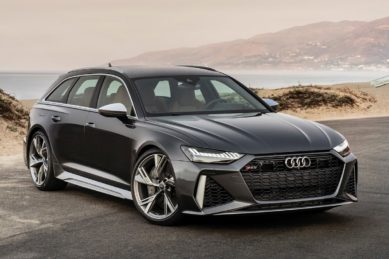 RS6 Avant joins the RS4 Avant as the only estate version of the ‘conventional’ model, in this case, the A6.

Inside, both the RS6 and RS7 are outfitted with Valcona leather RS Sport, together with unique graphics and readouts within the 12.3-inch Virtual Cockpit Display instrument cluster and on the 10.1-inch MMI Navigation Plus infotainment system.

As well as the perforated leather RS sport steering wheel, alloy paddle shifters and a first time third seat in the rear on the RS7, the RS Design Package can he had as an option in which red stitching is applied to the gear lever and knee pads in addition to the Alcantara rimmed steering wheel and on the RS embroidered floor mats. 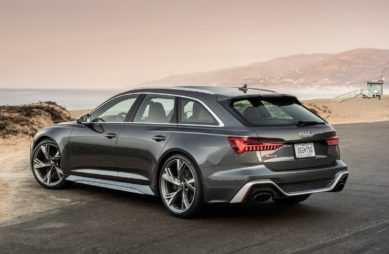 Aside from the black and carbon exterior packages, which can be expanded to the four rings logo, a choice of two interior colours are offered; Sebring Black or Nardo Grey.

In the case of the RS6, the tailgate is electric with Audi claiming a boot capacity of 565-litres or 1 680-litres with the rear seats down. Luggage space in the RS7 is rated at between 535-litres and 1 390-litres. 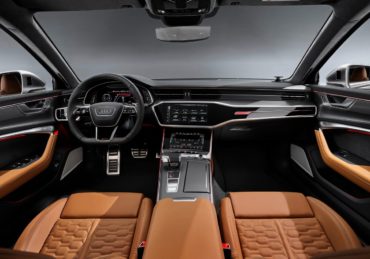