In addition to the moniker, Toyota has made keyless entry standard across the Corolla Quest range. 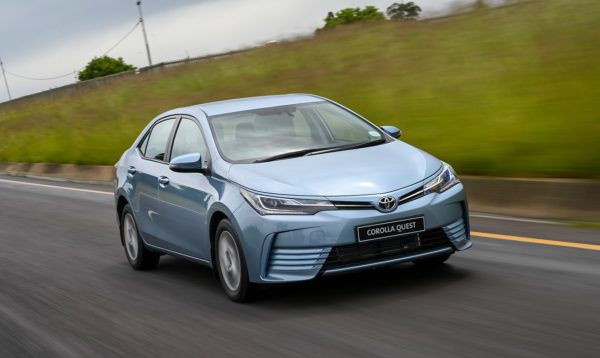 The Plus designation has returned as the new entry-level version of the Toyota Corolla Quest. Note: Exclusive model pictured.

Toyota has revived the Plus moniker for the locally-built Corolla Quest that disappeared when production of the previous generation ended a few years ago.

In a reversal though, the moniker now features on the previously unbadged entry-level model as opposed to representing the flagship the original denoted. The mid-spec Prestige and range-topping Exclusive remain unchanged though.

Aside from the renaming, Toyota has also incrementally updated the specification sheet with push-button start and keyless entry featuring across the range having been offered solely on the Exclusive until now. The only other change is the addition of a new colour, Oxide Bronze, to the colour chart.

RELATED: Toyota has a new Quest for Corolla

Up front, the 1.8-litre petrol engine continues to produce 103kW/173Nm with delivery going to the front wheels via a six-speed manual gearbox or an optional CVT. Claimed fuel consumption stands at seven-litres per 100 km for the former and 6.3 L/100 km for the latter.