Wait is over: All-new Audi A3 and S3 priced

For now, the upmarket sibling of the eighth generation Volkswagen Golf will be only be offered with petrol power. 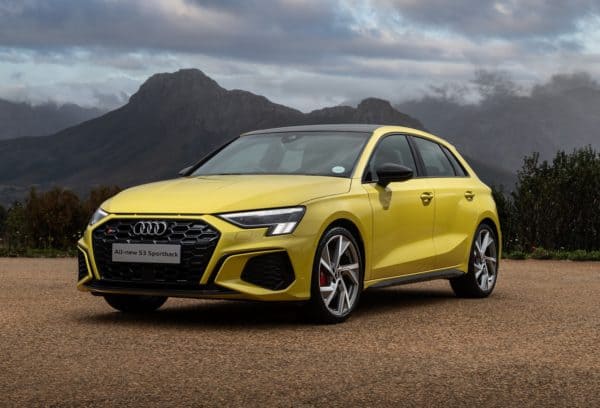 Audi officially took the covers off of the aggressive-looking, all-new A3 and S3 earlier on Thursday, ahead of sales commencing next month.

Like the international model, the A3 will be available locally as a five-door sportback and a four-door sedan, with the S3 following the same route.

Audi will initially be offering two engine options for both the Sportback and Sedan. The entry-level 35 TFSI, whose 1.4 TFSI sends 110kW/250Nm to the front wheels via an eight-speed Tiptronic transmission, and the 213kW/400Nm 2.0 TFSI in the all-wheel drive S3, which is mated to a seven-speed S tronic ‘box.

A 40 TFSI, which features a detuned to 140kW/320Nm version of the same unit as in the S3, and mated to a seven-speed S tronic, will be available from November this year.

SUVs not be-all and end-all

Audi firmly believes that the A3 range will continue to be its top local seller despite buyer trends leaning more towards SUVs. Since its launch over two decades ago, Ingolstadt has sold more than 63 000 A3s in South Africa. The A3’s direct competitors include the BMW 1 and 2 Series, and the Mercedes-Benz A-Class hatchback and sedan.

“Even with the popularity of SUVs, hatchbacks and sedans are still prominent players in the A segment. Hatchbacks make up around 35% and sedans 22% of this space,” says Asif Hoosen, head of sales, operations and volume planning.

“Ever since the initial lockdown last year, we have experienced a buy downtrend with a very high demand for particularly the A3, which continued throughout its run-out.”

A wide Singleframe grille and large air inlets at the front end gives the new A3 an aggressive look. The shoulder of the body extends in a smooth line from the headlights to the rear lights, with the area below curved inward to put a stronger emphasis on the wheel arches.

A standout feature of the new A3 is the daytime running lights of the Matrix LED headlights. On S line models, this consists of a pixel array made up of LED segments in a three by five arrangement to create a unique light signature.

Features inside the cabin include and new compact gear shifter, aluminium or carbon inlays, striking wedge-like door handles and an instrument panel with a black-finish look.

The new A3 features a 10.1-inch touch display infotainment screen as standard, as well as 12.3-inch digital instrument cluster. The MMI operating concept is powered by the new third-generation modular infotainment platform, which performs all the fully integrated connectivity functions. These include a host of online services, navigation and Car-to-X.

The new Audi A3 features all the standard safety specifications you’d come to expect from a premium product at this price point, with optional systems also available. These include Audi pre sense front, parking assist, the lane departure warning plus lane change, exit and cross traffic warnings.

The Sportback has grown three cm in length to 4.34 m and width to 1.82 m, while its height (1.43 m) and wheelbase (2.64 m) has remained unchanged. Minimum boot space on offer is 380-litres. The sedan is 15cm longer than its sibling, with boot space remaining unchanged at 425-litres.

The A3 Sportback and Sedan come in three trim lines. The entry-level Standard offers 16-inch wheels and black detailing around the grille and air intakes.

With the Advanced, the wheel increases to 17-inches and the exterior detailing becomes chrome with Advanced line bumpers. The S line includes a modified and sportier bumper design, sports suspension, illuminated door sills with the S emblem and an S style spoiler on the Sportback.

As has become the norm with new models, Audi again offers the package concept on the new A3. The idea with the concept is the simplify the magnitude of additional options available at purchase by grouping strategic options together.

More details can be found at audi.co.za 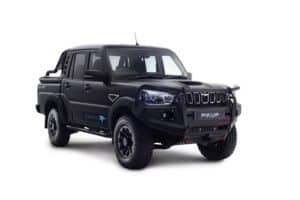 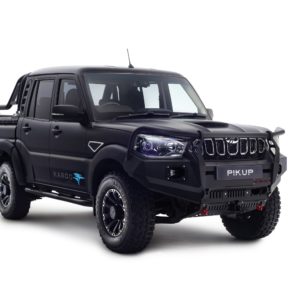