The T-Spec is the latest special model addition to the now 14-year-old GT-R. 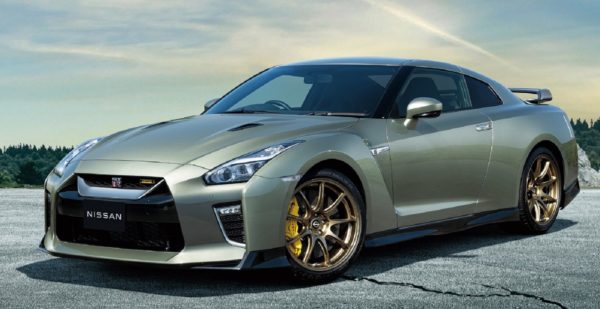 With an all-new model supposedly on track to debut in 2023 with its method of propulsion still a mystery, Nissan has given the aging the GT-R line-up another boost with the unveiling of a new limited-edition model.

Following in the wheel track of the 50th anniversary derivative, the new T-Spec merely rates as an appearance package that pays homage, to some extent, to the iconic Skyline GT-R34.

The mentioned R34 tribute though comes in the colour choices with the availability of two hues; Millennium Jade that featured on the rare R34 V-Spec Nür, and Midnight Purple the conventional R34 V-Spec offered.

Inside, the bespoke tweaks comprise an Alcantara roofliner, T-Spec badges, a model bespoke Mori Green colour and semi-aniline leather seats with pearl suede detailing. Standard specification has not been affected by the changes.

Up front, the twin-turbocharged 3.8-litre V6 engine continues unabated with outputs of 421kW/700Nm. As ever, drive is routed to all four wheels via a six-speed, dual-clutch transmission.