Rumoured last year, the ZR-V is expected to replace the WR-V as Honda's smallest crossover/SUV model. 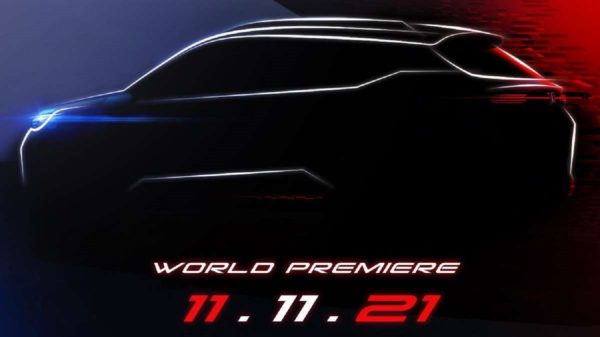 Rumours that started emerging last year seem to be true as evident by Honda's teaser image released over the weekend. Image: paultan.org.

Rumoured for introduction last year, Honda has officially confirmed the reveal of a new small crossover/SUV below the HR-V for this week.

Despite making no reference to the name in a teaser image released this past weekend, it is widely believed the newcomer will be called ZR-V and apart from slotting-in below the HR-V as mentioned, replace the WR-V that debuted five years ago.

In an apparent reversal of previous reports, the ZR-V, which was supposed to debut in May this year, is now expected to ride on the same platform as the new BR-V instead of the City (Ballade) with the mentioned teaser outlining a significantly bigger silhouette than the WR-V.

Likely to be influenced by the HR-V and BR-V on the styling front, as well as inside, the ZR-V will still provide seating for five and derive motivation from the same 1.5-litre petrol engine as the BR-V, and potentially also the 1.0-litre three-cylinder turbo-petrol used in the Thai-market City sedan and hatch.

Unlike the WR-V imported from India for sale in South Africa, the ZR-V is not expected to retain the 1.2-litre petrol or 1.5 DTEC turbodiesel engines. Instead, it could get the e:HEV 1.5-litre hybrid powertrain used in the Fit with transmission choices set to include either a five-speed manual or a CVT.

As indicated by the teaser image, all will be revealed this coming Thursday (11 November) when the wraps come off at the Gaikindo Indonesia International Auto Show.