Volvo have just released the latest version of the V60 range, the Cross Country.

It is easy to get a bit confused, as there is also a XC60 – the most capable off-roader in that bodystyle. The Cross Country features a ride height raised by 65mm and a full all-wheel drive system, so it has genuine dirt road abilities, unlike many of the front-wheel drive only “SUVs” appearing on the market recently. Volvo gave me a petrol driven T5 unit and I headed for Marakele National Park in the Waterberg.

The built-in navigation system routed me straight north on the N1 to Bela-Bela. This boring stretch of freeway is littered with speed traps and the speed control ensured I stayed legal all the way. The 2.5 litre turbocharged unit produces 187kW and 320Nm, which it shares with all four wheels, as it sees fit proportionally, via a six-speed Geartronic box. This means the V60 Cross Country will stray way above the national speed limit without one even noticing. The ride is excellent and will not do much to alert you to rising speed.

Once off the freeway the more interesting regional road revealed the car’s good roadholding and ride comfort, as the surface was somewhat compromised and reasonably twisty. The only downside was average fuel consumption – about 9.7 litres/100km, according to the vehicles on-board computer. Having said that, the car is pretty big and spacious and this version has the increased ride height added. Our destination at Marakele National Park was a lodge that required about 15km of high speed dirt road and it was on this section that the Cross Country showed itself off the best, with its all-wheel-drive system offering confidence inspiring grip and the suspension ironing out the worst of the imperfections. When forced over bad parts of the road the 201mm ground clearance kept the underbody safe and there were none of those sickening thuds which make you check the rearview mirror expecting to see a trail of oil or a piece of bodywork spinning in your wake.

Once in the reserve itself it was a slow drive to the lodge, where the all-wheel-drive system paid for itself again in some thick sand. The park is traversed mostly by hardcore Land Cruiser game viewers and so the roads need not be in tip-top condition. The increased ride height now proved a bonus for game viewing on the short drive offering a better view into the bush. Sadly, when we arrived at the lodge the vehicles were whisked away by the staff, to be returned only for the trip home. So there was no more opportunity to explore the Cross Country aspects of the vehicles. From there on it was bumpy game viewers. Given the extreme heat, I was quite happy to be reunited with the Volvo, even though it marked the end of a great weekend.

The Volvo Cross Country is by no means an off-roader, but it certainly adds a few strings to the bow when compared to a normal street car. 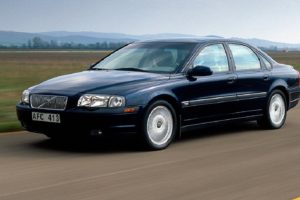 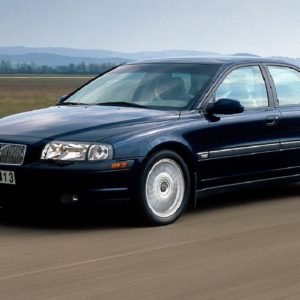