From zero to Infiniti

It has often been said that Formula One cars are the world's most expensive billboards. It is not hard to see why where even a modest badge can cost around one million dollars a race to display on a car that is not even achieving good results. 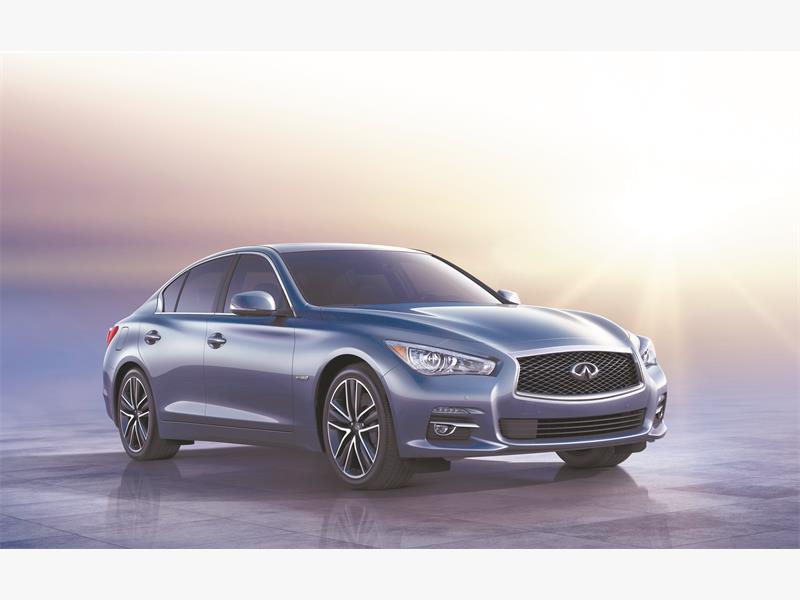 To go and compete in this rarified atmosphere is not a decision to be taken lightly.

Although money has a lot to do with winning, it is no guarantee of success and the sport’s history is littered with very expensive failures. However, it does allow sponsors to be seen by hundreds of millions of eyes every year and clearly sponsors over the years have felt they get their money’s worth.

The Infiniti brand is very new to South Africa, and is something of an unkown quantity outside of the United States where they launched 19 years ago. When they are compared it is often to the brand Lexus, which is not quite true.

Although Lexus is to Toyota what Infiniti is to Nissan in a sense, there is much more to it than that. So much more in fact that Infiniti took some journalists to the Red Bull factory at Spa to show us first hand what the thinking is. 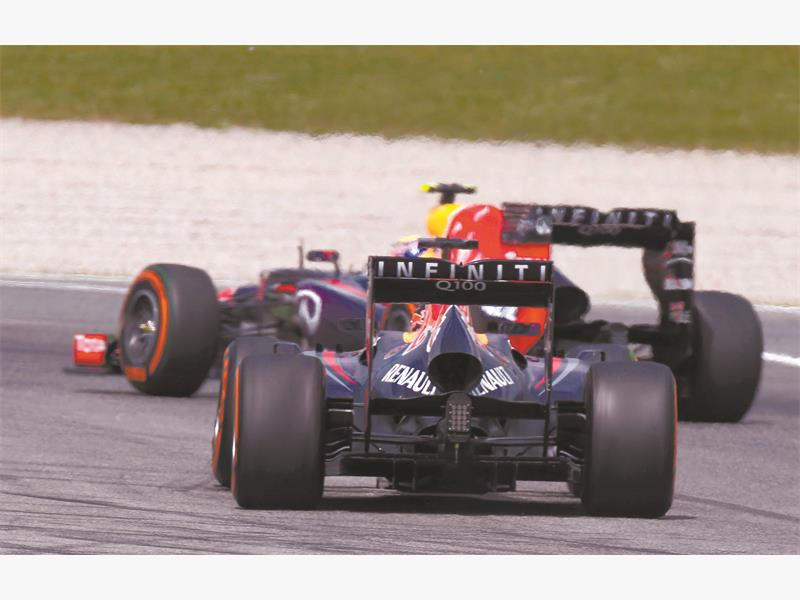 Infiniti Red Bull Racing, as it is now called, is the ongoing success story which started really as Red Bull Racing. If, a couple of years ago, someone had told the likes of Ferrari and Mercedes that a privateer team sponsored/funded by energy drinks was going to win 34 Grands Prix and six World Championships in quick succesion they would have been understandably sceptical.

But such is the fairy tale turned reality by the likes of team principal Christian Horner and chief technical officer Adrian Newey. However, even their genius had to be supported by hundreds of support staff with a massive range of skills from marketing to highly specialised engineering.

And, of course money. This is where Infiniti came in, initially as a major sponsor.

The amount of value Infiniti extracted from this in terms of pure publicity was in itself a sound investment and it pays to back a winning horse. But Infiniti wanted to be more than just stickers on a car and so, in February this year, the team became Infiniti Red Bull Racing.

The two title sponsors became partners. The timing of this is, of course, no coincidence as both companies face important milestones.

Formula One sees major rule changes for 2014, most notably a move to 1.6-litre turbocharged engines and a huge change to the kinetic energy recovery systems. Infiniti for its part has completely revised the nomenclature for its cars and will launch the first of those names, the Q50, officially this month.

It is with this vehicle that they intend showing the world that they are a performace brand. The importance is that as partners, not merely sponsors, they will share technology and engineering skills.

Infiniti have quite some experience in the field of hybrid technology, which will of course be important when coming to grips with the challenges posed by ERS-K, Formula One’s “hybrid” technology for 2014. For example, rear brake torque becomes vital with the new ERS-K system and Infiniti tells us they already have a lot of the necessary technology. 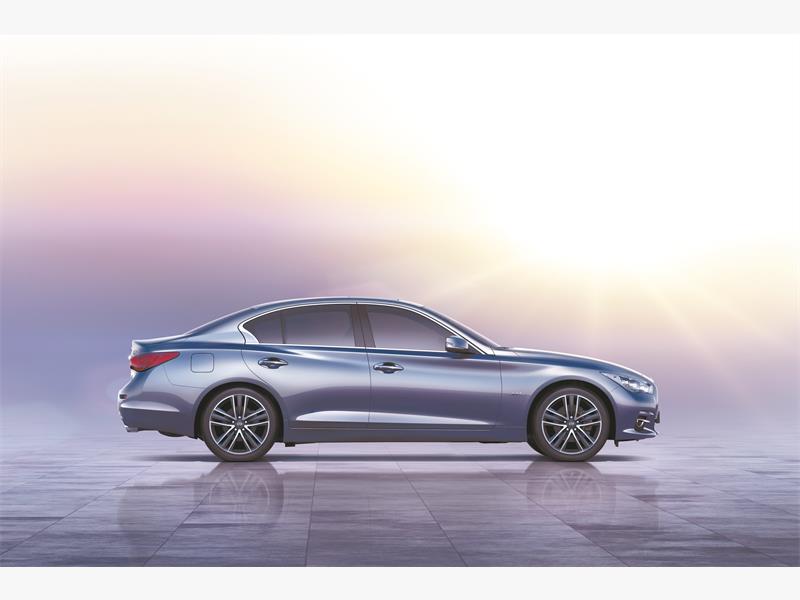 Building on Infiniti’s legendary sports sedan design, performance and technology leadership, the all-new 2014 Infiniti Q50 is designed to create a new, distinct level of customer engagement. The Q50 rollout will be followed by other Infiniti global markets later in the year.

Despite the impressive Milton Keynes factory where the cars are built, a huge number of parts and components are manufactured elsewhere, it is in the nature of Formula One that the greater your ability to build and innovate the better. No matter what the budget no stand alone Formula One team can match the engineering capacity of a fully-fledged retail vehicle manufacturer like Infiniti with its testing facilities and 19 000 engineers worldwide.

Now, as McLaren have Mercedes and Ferrari have, well, the rest of Ferrari, so Red Bull has Infiniti. On our visit Infiniti showed us two of the items that they have produced for Red Bull.

The first was a gearshift paddle. That this extraordinarily light metal component is strong enough to withstand Mark Webber’s gearchange when Sebastian Vettel disobeys Horner is extraordinary.

Or something like that, Formula One is so incredibly sophisticated. That apparently is the point, with Infiniti certain that the knowledge transfer is from track to road and from road to track.

Infiniti also tell us that Sebastian Vettel himself was directly involved in the development of aspects of the Q50. To what extent this is meaningful will, of course, only be revealed when we drive a Q50.

However, what is indisputable is the value of being able to tell people that your road car was developed by the Formula One world champion. This is borne out by the the Q100 designation on the rear wing of the RB9 race car.

In the same way as Red Bull turned Formula One on its head, so too Infiniti intend rocking the world of premium performance cars by providing a vehicle that is somewhat different to the traditional German offerings, but less conventional. Red Bull certainly is unconventional and they have succeeded beyond imagination look set to do so again this year.

Whether Infiniti will succeed or not with their new strategy no one yet knows, but diving into Formula One with a winning team was a great way to start. 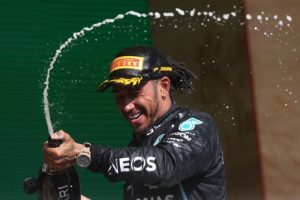 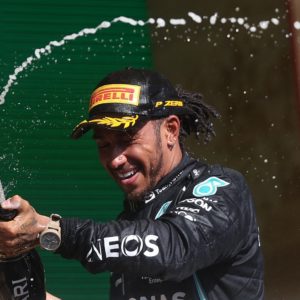 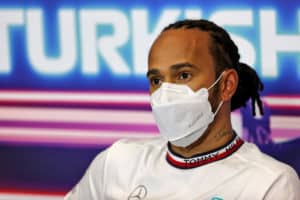 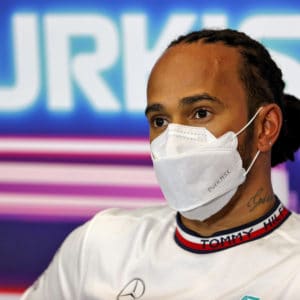 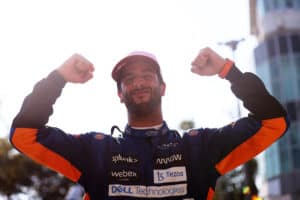 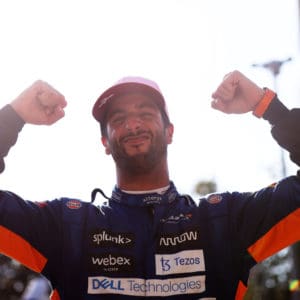