Once the preserve of presidents and assorted heads of state, armoured cars have become the must have mode of transport of Hollywood A-listers such as Arnold Schwarzenegger, Kanye West, Steven Segal and even the Spice Girls' (remember them?). 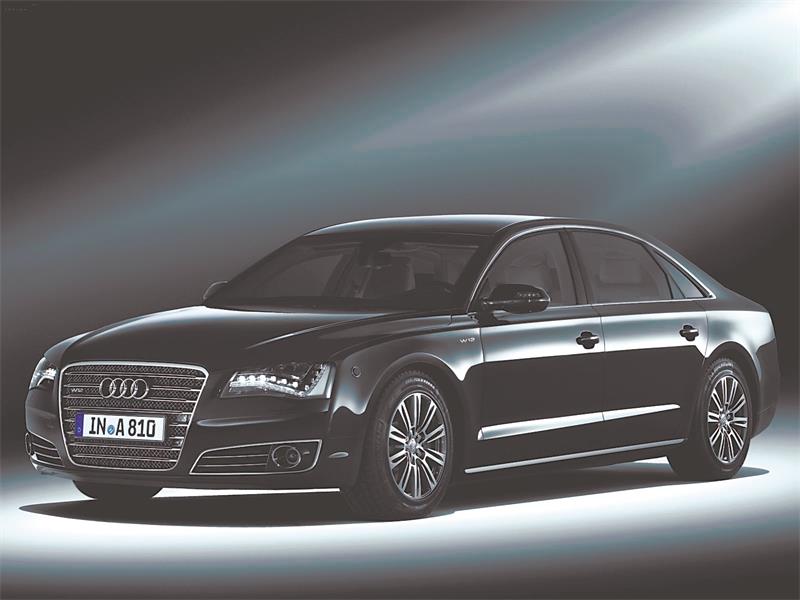 And, there is quite a demand for these vehicles in South Africa as well. So it was no surprise to find three of them displayed at the 2013 Johannesburg International Motor Show.

Two of the armoured vehicles, the Mercedes-Benz M-Guard and a bullet-proof QX70 Infiniti, can be seen on the manufacturers’ stands. However, the third high-security car, the Audi A8 L W12 Security, is hidden away in a restricted access lounge at the rear of the Audi display area and is obviously only to be viewed by potential buyers.

The pitch-black, ominous looking Audi Security, a long-wheelbase version of the A8, meets the strictest guidelines for civilian vehicles with a host of special security features available in addition to its heavy armouring – making it double the weight of a “normal” A8. Once you are in the car, you needn’t worry about bullets penetrating the windows or body panels, and the Audi can even withstand NATO hard-core ammunition and a hand grenade attack.

This is achieved by using the most advanced tough, resistant materials – hot-formed armoured steel, aramide fabric, ceramics, special alloyed aluminium and multilayer windows made of special glass with a polycarbonate coating on the inside to prevent shattering. The M-Guard is exclusively available with run-flat tyres, which makes it possible to drive on safely for up to 30km at a maximum speed of 80km/h even if the tyre has suffered a total loss of air.

The vehicle is powered by Mercedes-Benz’s popular V8 petrol-engine delivering 300kW of power and 600N.m.

The bullet-proof QX70 on the Infiniti stand has been armoured locally by International Armouring Corporation, Armormax. It is rated as having Level B4 security – which means protection against handgun calibres up to .44 Magnum.

The QX70 was built using the IAC/Armourmax’s lightweight armormax armour, which has added only 180 kilograms to the vehicle’s weight, leaving the car still very responsive and driveable.

The company has recently doubled the size of their facility in Northriding in Johannesburg to cope with the increasing demand for bullet-resistant vehicles in South Africa.