The Zwartkops Raceway near Pretoria ended its 2013 activities in spectacular manner on Saturday. 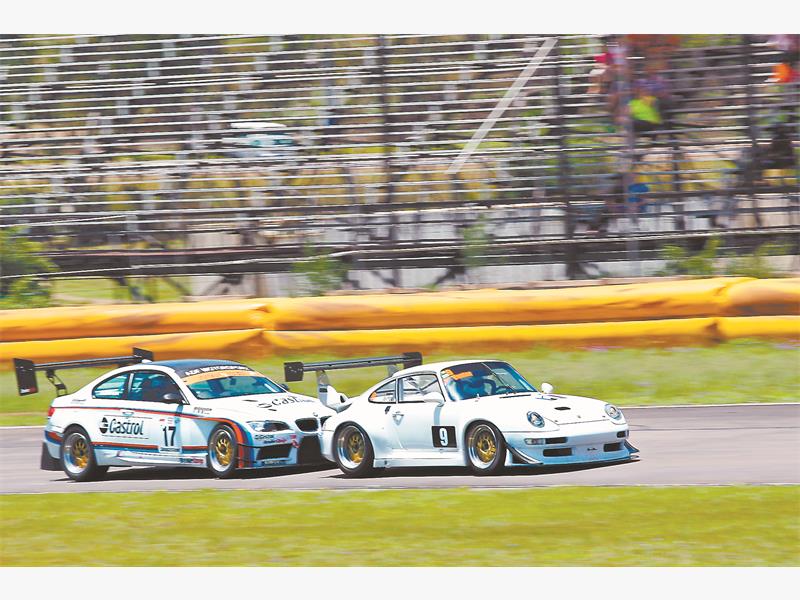 The occasion was the final round of this year’s Extreme Racing Festival series, with eight racing categories in action.

A large crowd assembled, with their greatest drawcard a three-way shootout in the Dotsure.co.za Extreme Supercar races.

The opening race heat soon saw those three cars at the front, with each of them taking a turn in the race lead.

Arrangies led at the start, but his car started to chew up its tyres and he let the other two past on the fourth lap.

Thompson then led, but Venter tweaked the Porsche’s boost and sailed past, proving again there is no substitute for good old-fashioned grunt.

He crossed the line ahead of Thompson.

Then officialdom stepped in, with both Venter and Thompson penalised for lapping under the 1 min 3sec mark.