One of the proposals made by the panel was that spy agency be separated into two services, a domestic and a foreign service. 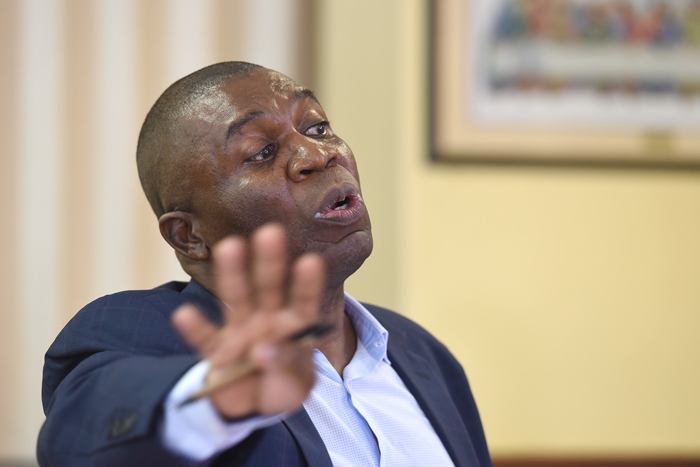 The former chairperson of the of the High-Level Review Panel on the State Security Agency (SSA), Sydney Mufamadi, will take the witness stand on Monday at the Commission of Inquiry into State Capture, chaired by Deputy Chief Justice Raymond Zondo.

The review panel was appointed in June 2018 to assess the structure of the SSA relative to its mandate and enquire into its systems and capacity.

President Cyril Ramaphosa had asked the panel to identify all material factors that contributed to current challenges in the SSA, so that appropriate measures could be instituted to prevent a recurrence.

Among the key findings of the panel included “political malpurposing and factionalisation of the intelligence community over the past decade or more that has resulted in an almost complete disregard for the Constitution, policy, legislation and other prescripts”.

The panel proposed, amongst others, an “urgent development of a national security strategy as an overriding basis for redefining and refining the concepts, values, policies, practices and architecture involved in South Africa’s approach to security”.

It also proposed that SSA be separated into two services, a domestic and a foreign service, with “prudent delineation of scope”.

Ahead of the panel being appointed, there had been complaints about the lack of capacity in the agency and failure of the country’s intelligence community to detect and prevent incidents of corruption and crime in general.

The SSA had been involved in a number of controversial activities.

Its former head Arthur Fraser allegedly ran a private intelligence body and had been accused of intimidating the inspector-general of intelligence, Dr Setlhomamaru Dintwe, who sought legal relief against Fraser.

Ramaphosa subsequently booted Fraser out as director-general and moved him to the Department of Correctional Services as commissioner.

You can watch the proceedings live below, courtesy of the SABC.

Zuma's release the result of Ramaphosa's 'incompetence', and 'ignorance'
3 weeks ago
3 weeks ago

State Security employees warned to stop talking to the media or face sanctions
4 weeks ago
4 weeks ago
PREMIUM!

Zuma's release the result of Ramaphosa's 'incompetence', and 'ignorance'
3 weeks ago
3 weeks ago

State Security employees warned to stop talking to the media or face sanctions
4 weeks ago
4 weeks ago
PREMIUM!