Department of education says all pupils had been placed in other schools but the parents are refusing those placements. 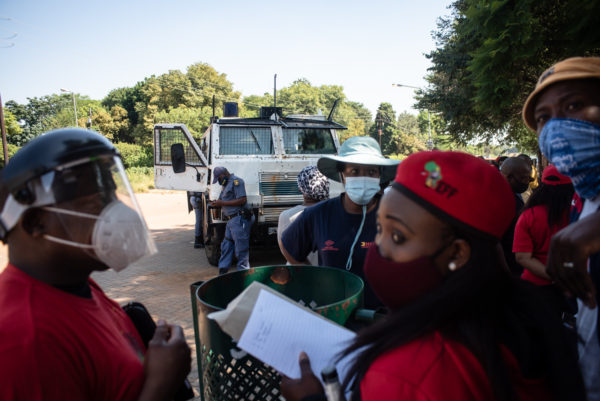 Members of the EFF and police after a protest outside Hoërskool Akasia. Picture: Jacques Nelles

Police were called in to defuse a group of disgruntled parents and members of the EFF outside Hoërskool Akasia north of Pretoria on Wednesday.

The group staged a protest outside the school’s gate, demanding the placement of their children at the school.

Teaching and learning was disrupted for about two hours as protesters blocked the main entrance to the school.

“It must be indicated that they (the school) have already introduced a new grade 8 class to manage the capacity challenge experienced in the area,” said Mabona. 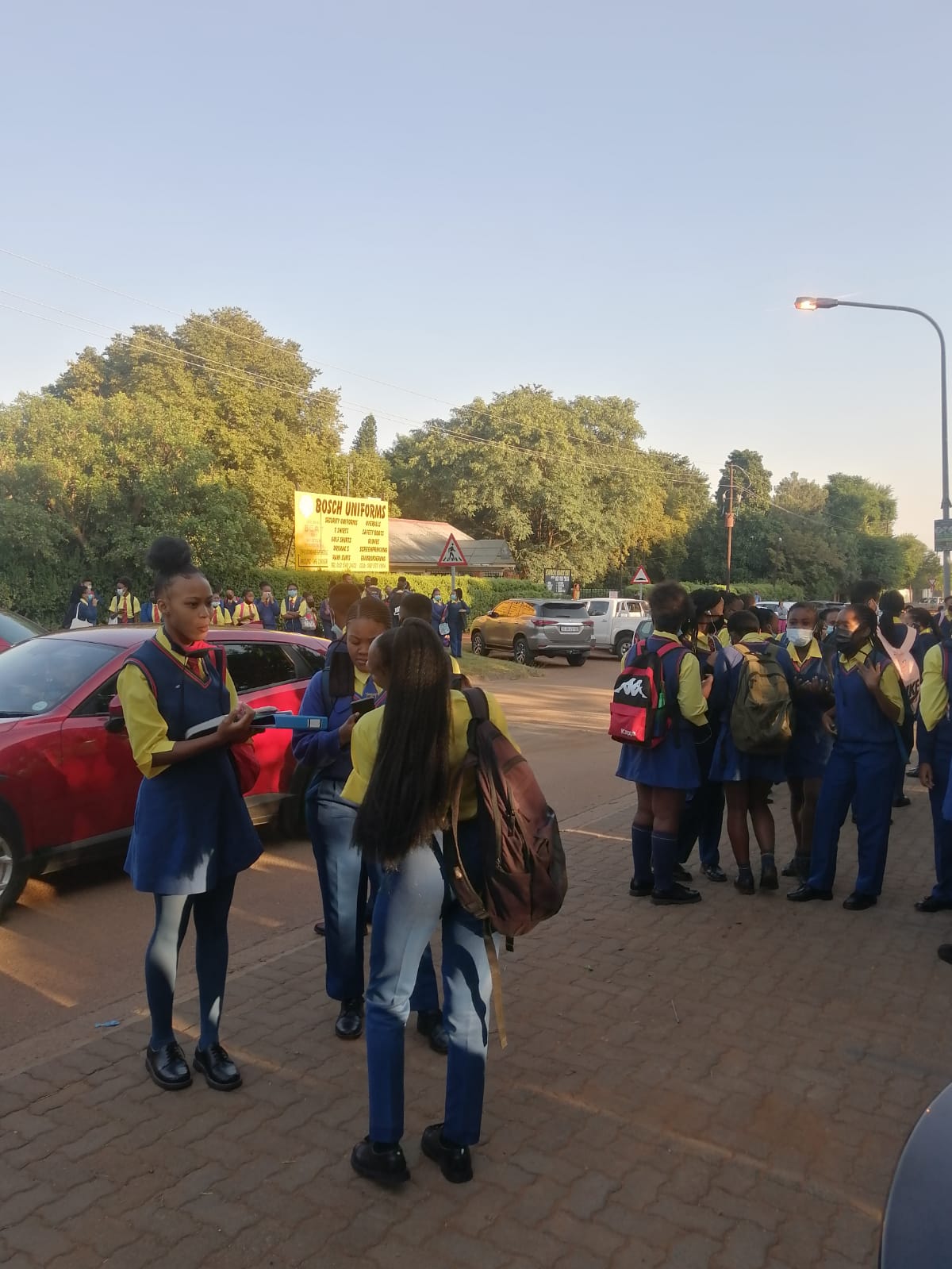 Pupils waiting to resume classes at Hoërskool Akasia in Pretoria as disgruntled parents halted teaching and learning at the school, demanding the placement of local pupils. Picture: Supplied

“Accordingly, parents representatives and members of the EFF met with the principal and school governing body. And without promising anything they undertook to check if they can still accommodate some learners.”

Mabona said that the department had already placed the pupils in other schools but parents were refusing to let their children attend those schools.

ALSO READ: Dept given deadline to fix vandalised Diepsloot schools or else…

“Some parents are complaining that the  schools are far but we have already placed those learners.”

“The challenges that we are experiencing, is that the area is developing and we only have three high schools there which makes it impossible to accommodate everyone.”

Parents said that they were not going to allows pupils coming from outside the area being placed at a nearby school while their children who are less than 2km away from the school were forced to stay at home or to travel to schools outside the area.

Teaching & learning disrupted at Hoerskool Akasia in Pretoria North. Angry parents & a group of EFF supporters have blocked the main entrance to the school demanding the immediate placement of their children. pic.twitter.com/EYZ8S3gSEX