Media personality Piers Morgan's views on Meghan Markle have taken centre stage the last few days. We look into where the 'obsession' started. 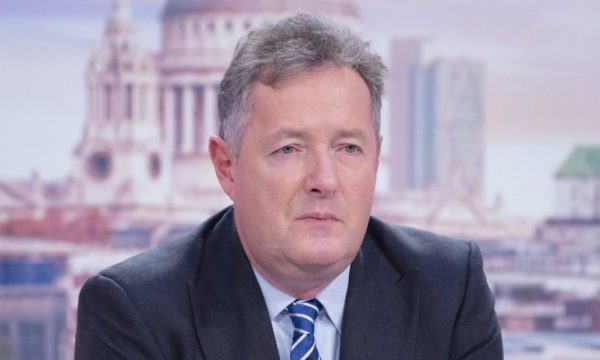 The hate relationship Piers Morgan has with Meghan Markle started just hours before she supposedly met Prince Harry for the first time in 2018.

The controversial media personality has been on rotation in the news cycle with the royal couple since Sunday. He has not stopped making negative comments despite the backlash to his pessimistic and dismissive views of Meghan and Harry.

It is well documented that Morgan’s reporting on Meghan isn’t even in the slightest bit unbiased or neutral.

In one of his tweets, he said: “Ms Markle thinks she’s in a movie. This interview is going to be an Oscar-winning deluded self-serving bilge.”

RELATED: 7 thoughts we all had during the Meghan and Harry interview

His opinion differed when Harry was interviewed by James Corden.

“Loved Harry’s private interview on a Hollywood bus with James Corden. Touching private revelations, stoic defence of Netflix for trashing his family, & fully justified attack on the UK press for forcing him to quit royal duty & live in a California mansion,” , he tweeted.

This interview is an absolutely disgraceful betrayal of the Queen and the Royal Family. I expect all this vile destructive self-serving nonsense from Meghan Markle – but for Harry to let her take down his family and the Monarchy like this is shameful. #OprahMeghanHarry pic.twitter.com/F2QDxELSsr

So where did this all start?

According to the former CNN talk show host, it started almost four years ago when they had a blossoming “virtual” friendship.

Morgan says in a video clip on The Late Late Show, Markle sent him a message on Twitter saying what a big fan she was of his work.

He said they consistently communicated on social media and email after that exchange. “I thought we had a friendship building.”

That year Markle flew out to London to watch her friend, tennis legend Serena Williams, play at Wimbledon. Morgan offered Markle a drink after the match.

“We had two hours in the pub, she had a couple of dirty martinis and pints – we got on brilliantly. I put her in a cab and it turned out it took her to a party where she met Prince Harry.”

Morgan says was the last time he ever heard from her as “she ghosted me”.

“I really liked her, this is why it hurts. I think she is a sly social climber.”