Mahlobo on state security details: ‘You own the questions, I own the answers’

Mahlobo is testifying before Deputy Chief Justice Raymond Zondo on matters relating to his time as state security minister from 2014 to 2017. 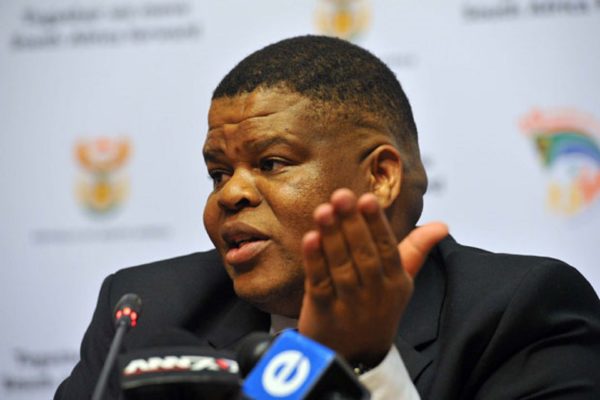 Appearing before the judicial Commission of Inquiry into Allegations of State Capture on Friday morning, former state security minister David Mahlobo refused to divulge details of remedial actions against those implicated in the 2019 Principal Agent Network (PAN) report.

Mahlobo, who is now Deputy Minister of Human Settlements, is testifying before Deputy Chief Justice Raymond Zondo on matters relating to his time as state security minister from 2014 to 2017.

During the proceedings, evidence leader advocate Paul Pretorius questioned Mahlobo on the existence of PAN, an intelligence operation in the State Security Agency (SSA), with Mahlobo denying any direct knowledge of the programme.

“No, I only know when the time I became a minister, when I received a report from the office of the inspector-general but there is an indication that there was a request by the former minister to investigate the programme in terms of the law, where the Inspector-General must investigate any matter that is either referred to by his excellency, the president of the republic or by the minister,” he said.

PAN, abolished in 2011, was among the intelligence operations red-flagged in the SSA high-level review panel report released in 2019.

The PAN operation was described as a parallel intelligence structure that allegedly spirited away nearly R1 billion in state funds over three years and diverted the intelligence mechanisms of the state to former SSA director-general Arthur Fraser.

During his testimony, Mahlobo refused to give details of the remedial actions taken against those implicated in the report.

“There were also remedial actions that had to be taken. Those remedial actions had to be referred to the accounting officer for execution. At this stage I don’t know how far they were executed, but I cannot delve into the contents of the report,” he said.

The proceedings then had a back-and-forth argument between Pretorius and Mahlobo after the evidence leader raised a point that there were no prosecutions, despite the release of the report.

Mahlobo said: “Well I did make a reservation, chair… we are doing a misstep again. Now indirectly you want me to get into the details of those remedial actions.”

Pretorius said: “If you don’t want to answer, that’s fine – we just placing it on record.”

Mahlobo replied: “No no no Mr Pretorius please… let’s help u’Bab Zondo. You own the questions and I own the answers. I’m saying to you that now these questions is placing me to start to confirm matters that are in the remedial action and I will not do that u’Bab Zondo.”

He, however, conceded “that certain aspects of the remedial action were implemented”.