Emergency respondents have been assisting in several cases, including a number of children who were trapped under a bridge. 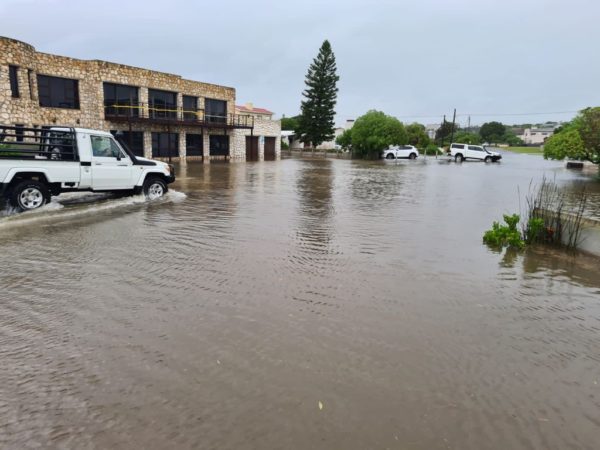 Cape Town roads are flooded as more rain is expected until Friday.

Two people have died following heavy rains and flooding in Bonnievale on the R317 in Cape Town that caused significant damage to roads across the Cape Winelands.

Local government spokesperson James-Brent Styan said the two were trapped in an overturned car during the flooding.

Styan said a joint operations centre had been activated to coordinate disaster management and the Meiringspoort, near Oudtshoorn was closed but has since been reopened. It’s still unsure how badly the Swartberg Pass has been affected.

“Emergency respondents also assisted in several other events. In one a bakkie was stuck in flood water but was later towed and the driver managed to escape without any injuries,” he said.

An orange level six warning has been issued for the Overberg area in the Western Cape, with an urgent note of danger to life due to fast flowing streams.

Heavy rains hit parts of the Western Cape in the past few days leading to localised flooding and the evacuation of residents from their homes.

More adverse weather is  expected over the city of Cape Town, the Cape Winelands district and the Cape Metro.

The SA Weather Service predicted significant rainfall and gale-force winds over the city of Cape Town and Cape Winelands district last night, with most of the adverse weather conditions expected over the Cape Metro and the Overberg.

See videos of localised flooding in the Western Cape below: Sunday weather forecast: Widespread thunderstorms and flooding across SA
1 day ago
1 day ago

Sunday weather forecast: Widespread thunderstorms and flooding across SA
1 day ago
1 day ago