In her boat off the northeastern US coast, 101-year-old Virginia Oliver expertly handles the slick body of a lobster as she snaps rubber bands around its claws, just as she has done since age seven. 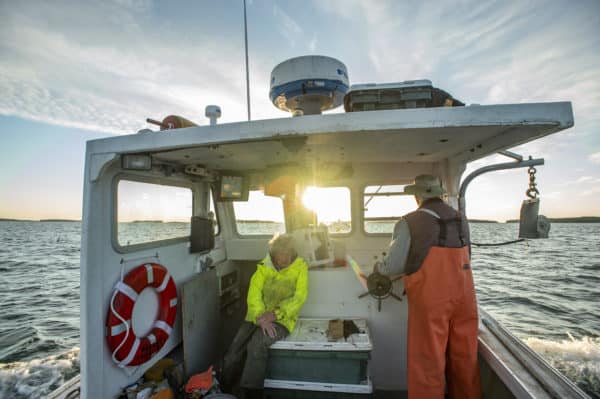 Virginia Oliver, 101, and her son Max, 78, head out to sea in their boat "Virginia" to haul in their lobster traps in Penobscot Bay in Maine on July 31, 2021. - Virginia Oliver has been catching lobsters off the coast of Maine since age 7 and is now 101 -- and still going strong. She is the oldest licensed lobsterwoman in the northeastern state, and local historians describe as perhaps the oldest active one in the world. Oliver goes out into the waters off Rockland three days a week with her 78 year old son Max, who helps her crew the boat, aptly named by her husband, now passed, after her. (Photo by Joseph Prezioso / AFP)

The centenarian is the oldest licensed lobsterwoman in the state of Maine, and local historians describe her as perhaps the oldest active one in the world.

Oliver goes out into the waters off the city of Rockland three days a week with her 78-year-old son Max, who helps her crew the boat, aptly named by her late husband “Virginia,” after her.

Oliver — known by friends as Ginny and to some as the Lobster Lady — has lived in Rockland her entire life and still lives on the same street where she was born in 1920.

“Ginny has been fishing as long as I can remember, obviously. She’s 101 years old, she’s still going, about three days a week she’s down here, she’s usually here early in the morning.”

Oliver is up at 3:30 am and heading out to her boat by 5 am. Either in her pickup truck or Max’s 1956 Chevy, mother and son drive down to a private cove and take their small dingy out to the lobster boat, which sits at a mooring.

Oliver and Max have a few hundred traps in the water and work together to bring in the lobster. Max hauls in the traps with a winch while Oliver measures, bands and places the lobsters in the hold.

Wearing wellies, slickers and rubber gloves, she stands over the holding tank and grabs lobsters to inspect one at a time as her son passes them to her.

Once she checks a lobster is of legal size, she grabs a rubber band and a clamp using her left hand and wraps the bands over the lobster’s claws.

Oliver also sometimes takes the helm and captains the boat, but she won’t steer if it’s foggy.
At this point in their lives, Oliver and her son only go out in good weather, not like when they started and would go out no matter what the conditions.

“She’s going all the time, she never stops,” said Max.

“Always has been that way. She’s wound up all the time. She’s always moving, busy all the time. It makes me tired sometimes just thinking about it.”

The lobsters are brought in at the end of the day to the Spruce Head Lobster Pound Co-Op, which helps the mother-son team get a better price at the wholesale level.

Oliver has no plans to stop any time soon. “Well I don’t want to be in a wheelchair,” she said. 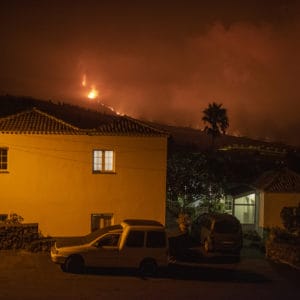 WATCH: Toyota GR Yaris ‘funnerer’ than other pocket rockets
7 days ago
7 days ago

WATCH: Toyota GR Yaris ‘funnerer’ than other pocket rockets
7 days ago
7 days ago