Grace eager to get ball rolling

The first European Tour event of the new year begins in earnest this week with a top class field of 26 teeing it up at Durban Country Club tomorrow for the Volvo Golf Champions. 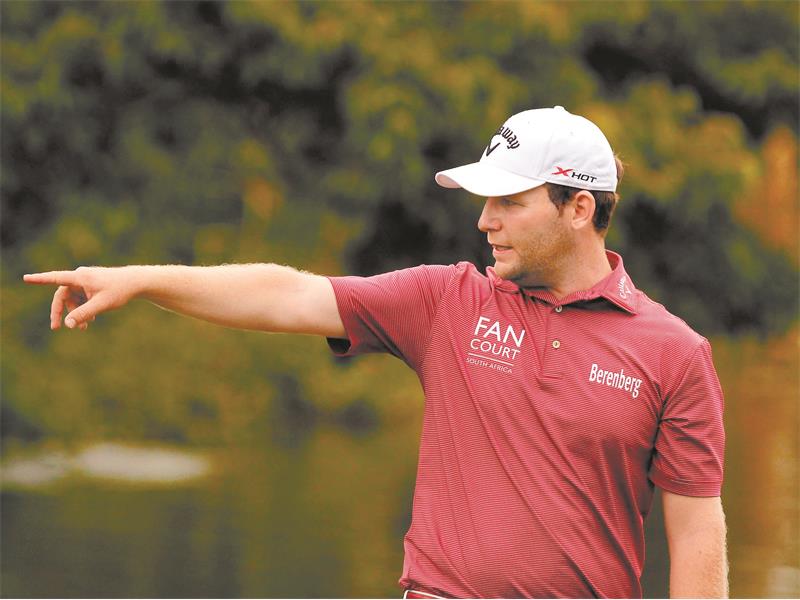 The conditions of entry mean that only players who won events in the Race to Dubai last season qualify along with players who have won 10 or more events in their career on the European Tour while Branden Grace gets in by virtue of the fact that he won this event in 2012.

“It’s nice to be back here in Durban and with a limited field this week, it’s just nice to start the year off that you can play four rounds and you can work on things ” Grace said yesterday.

Between the 17 nationalities on show over the next four days in this no cut event that sees the field battle it out for an increased prize purse of $4-million, there are a number of names who could emerge as threats to defending champion Louis Oosthuizen.

Oosthuizen and Grace are just two of the seven South Africans in the field with Thomas Aiken, Dawie van der Walt, Darren Fichardt, Richard Sterne and 2011 Masters winner Charl Schwartzel making up the balance of the local contingent.

They will face stiff competition on the relatively short layout at the Durban course from the likes of Nedbank golf Challenge winner Thomas Bjorn, Major winners Padraig Harrington, Darren Clarke and young gun Matteo Manasseron, with the Italian eager to mount a challenge here again having secured a top 10 finish last year.

“”I like this course. It’s a layout that could suit my game pretty well as there’s not many drivers off the tee and you have to be very smart,” Manassero, who qualified by winning the BMW PGA Championship last year, said yesterday.

“Second shots aren’t easy, but you will have many birdie chances if you are in the fairway,” he added.