Floyd Mayweather Jnr's whirlwind visit to South Africa had a brief stop when the boxing superstar paid a visit to the Dube Boxing Club in Soweto yesterday. 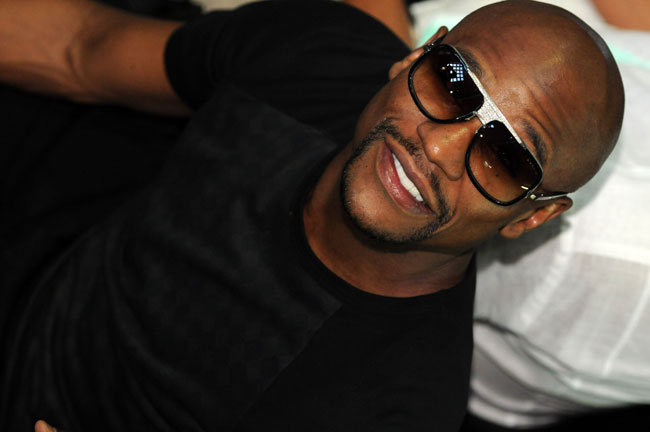 On the first official day of his trip to try and revive the sport of boxing in the country – and as part of the extravagant “Re-awakening the Giant” plan by Minister of Sport and Recreation Fikile Mbalula – the world’s best pound-for-pound boxer visited the gym that produced South African great “Baby Jake” Matlala.

The visit was used to unveil the new name of the venue: the Baby Jake Matlala Boxing Academy, in memory of the fighter who died in December last year due to illness. Matlala’s widow and two sons also attended.

It was thought Mayweather would conduct a clinic for a group of young amateur fighters at the historic venue – but instead they trained ahead of his arrival and only got to see their hero for a few minutes before he was whisked out to a waiting Bentley after the brief formalities.

Mayweather, whose visit amounted to little more than a PR stunt, gave some advice to the group of sweaty boxers after they had gone through their workouts. “The only way to be a champion is by listening,” said the champion, who had earlier embraced Matlala’s widow, Mapule.

“Let me thank Floyd for gracing our shores and for gracing Soweto,” Mbalula pitched in during his brief address. “Floyd is the best thing that has ever happened to boxing. Long live the undying spirit of Baby Jake Matlala.”

The remainder of Mayweather’s visit includes a black-tie dinner to raise funds through auctioning off memorabilia tonight, before a proposed trip to Cape Town and a visit to Robben Island, ahead of his departure at
the weekend.