There was a time when Nkosinathi Joyi was rated as one of the best pound-for-pound boxers in the world. 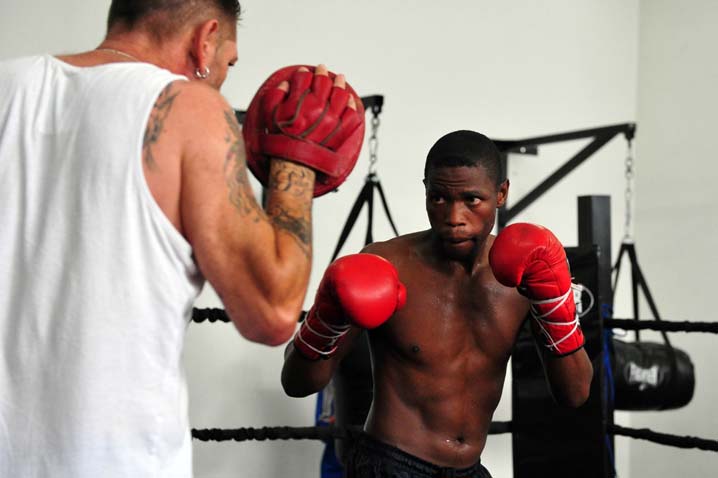 Now at 31 the hero of Eastern Cape boxing fans is looking to get back to the level that saw him revered as one of the heaviest hitters in the sport’s smallest weight division.

This time though “Mabere” is campaigning as a junior-flyweight, along with basing himself in Johannesburg, and it’s a move that looks to have been a step in the right direction as he gears up for a challenge for the IBO world title against Rey Loreto in Monte Carlo on February 1.

Seeing Joyi in the gym it’s clear that the dedication to the craft – one that’s seen him claim South African, IBO and IBF minimumweight world titles –is still there as he went through his paces at The Bronx Gym in Hillbrow yesterday under the watchful eye of Gert Strydom.

“The camp has gone well. There were no hiccups. The first week and a half he struggled a bit but I think it was just adjusting to the altitude. Once he got over that it’s been a case of him getting better and better every day,” Strydom said of his charge yesterday.

“Everything’s going according to plan. It suits him better. He makes the weight a lot easier although he still has to work to do it. It doesn’t drain him as much. They’ve promised him big things so that’s what we’re working towards,” he added of the move up to a slightly heavier weight class.

Joyi will step into the ring in Monte Carlo having only lost twice in his 27-fight career, which is a big difference compared to his Filipino opponent who has a mixed record of 17 wins and 13 losses of his 30 professional outings.

“He’s an average fighter and he comes forward, but that’s fine because that’s what Joyi likes. When he feels Joyi’s power he’ll start running, but we’ll cut him off and I can’t see this fight going more than eight rounds,” Strydom said when discussing the challenge they face.