Yes, even the mightiest can fall and no site is too big too fail. 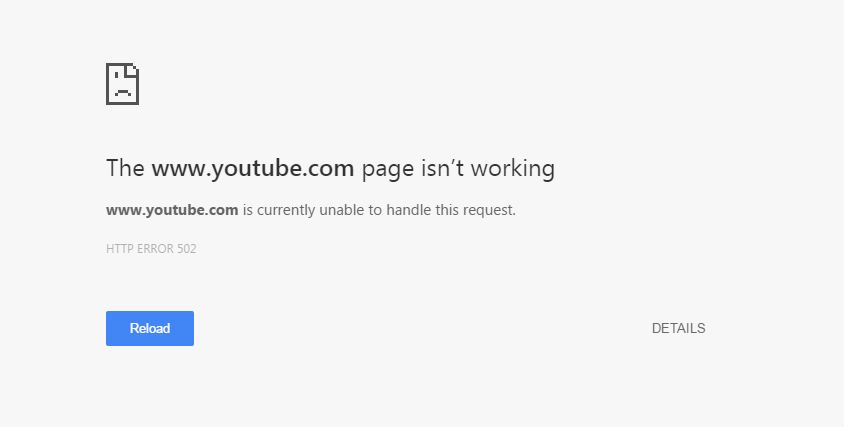 The internet is holding itself and shaking after one of the most challenging periods of its existence – cat videos, babies biting fingers and backwards recordings of The Beatles have been left stranded in cyberspace because the unthinkable happened – YouTube crashed.

Well, for 15 minutes anyway. That’s 15 minutes of non-fame to all you people up your Andy Warhol irony.

The world’s third biggest website (behind Facebook and Google, which owns YouTube by the way) has remained quiet about its blackout on its social media accounts, with the site going down at around 13:20 CAT. Even the world’s go-to website checking site IsItDown could not handle the checks on to its youtube.com extension, seemingly buckling under the load of cat fanatics and Gangnam Style addicts experiencing withdrawal symptoms.

When even the mighty Is It Down buckles under the weight of cat fan searches.

While the website now appears to have stabilised and returned to users across the globe, its international downtime must go down as one of the darkest moments in the internet’s large and confusing lifespan.

Has this diminished the ruling cat empire’s hold on society? Does this crash have anything to do with a rumoured “Hillary supports Bernie” video that was mistakenly uploaded by the democratic nominee’s secretary? Did an actual video of Donald Trump’s real hair emerge on YouTube’s moderation panel?

One can only guess, but we’ll never know.

Let us know how harrowing this 15-minute down time was for you too by tweeting @TheCitizen_News with #YouTubeDown and we’ll be there to commiserate and maybe even send you a fresh link to a new cat vid.