If the words of the visiting contingent of fighters for tomorrow night's "African Explosion" are anything to go by, the local boxers could be in trouble. 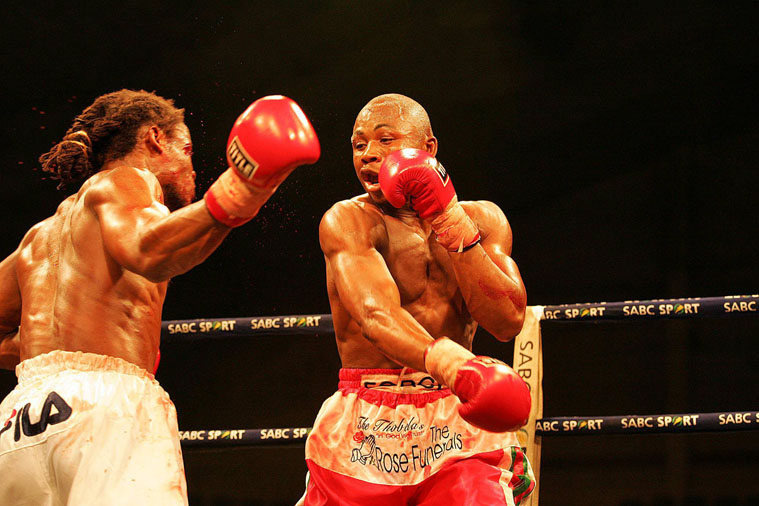 Both Willbeforce Shihepo and Joey Vegas have vowed to do a number on their respective opponents, Johnny Muller and Ryno Liebenberg at Emperors Palace in each of the card’s light-heavyweight bouts.

Vegas will meet Liebenberg for the vacant WBC international title while Muller and Shihepo will fight for the same organisation’s international silver belt.

It must be added though that the bout between current South African light-heavyweight champion Muller and Shihepo is in danger of being scrapped after the Namibian weighed in nearly 6kg over the required limit.

The fact that he looked quite leaden already raised eyebrows as pulling the final few kilogrammes may prove to be a tougher battle.

“I know I’m fighting an unbeaten guy but I came here for that belt,” Vegas said this week of his 14-0 opponent.

“I’ve fought tough guys before and I’m ready for him,” added the Ugandan who fights out of Britain and has a career record of 16-6-1.

Shihepo and his connections were just as confident when they pitched in with their opinions of how proceedings will unfold.

“We know Johnny Muller and we know what to expect, but Willbeforce is ready,” trainer Immanuel Paulus said. “Come Saturday Johnny will be sleeping.”