The taxi drivers want their platform of transporting passengers from Barberton to Nelspruit back. 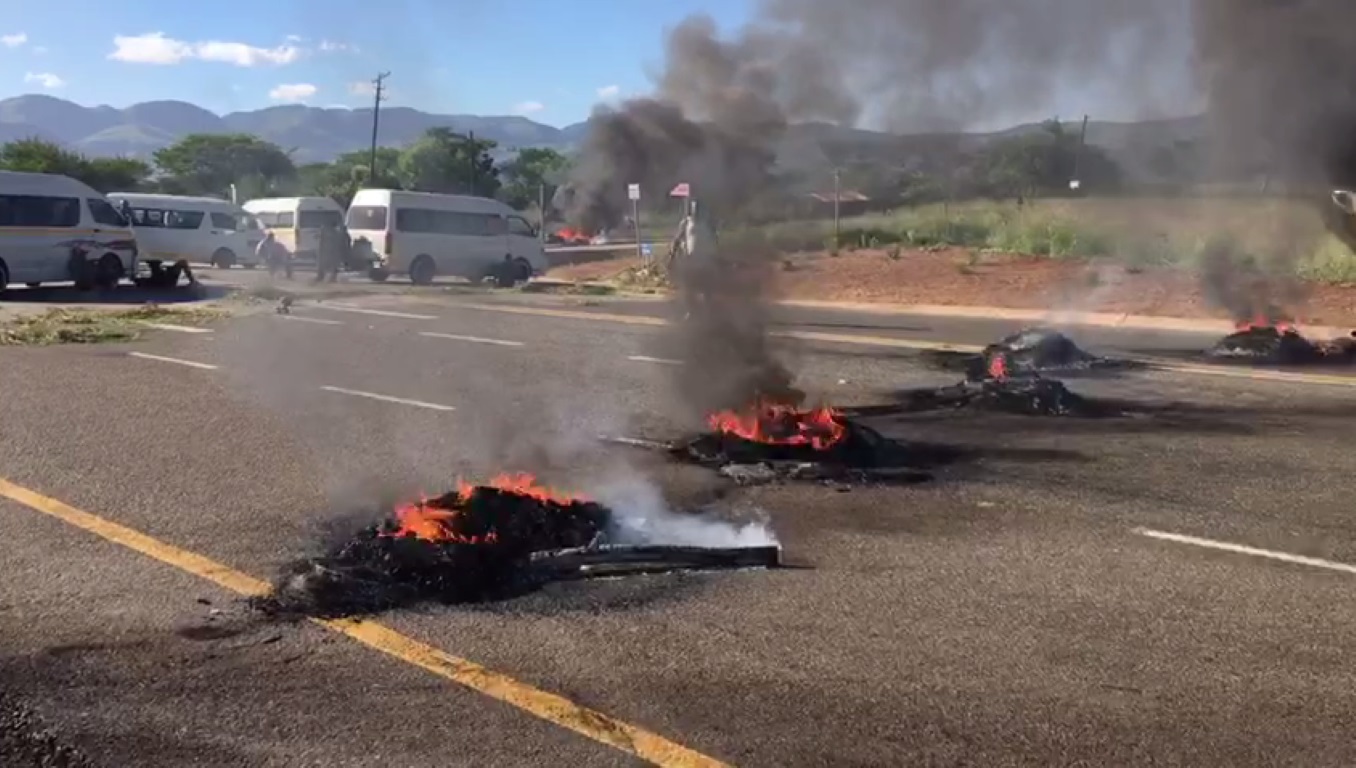 Taxi drivers barricaded the intersection that leads to Badplaas, Barberton and the R40 in Mpumalanga during a protest early on Wednesday.

The taxi drivers have blocked the road because they want their platform of transporting passengers from Barberton to Nelspruit back.

Police are currently trying to convince them to move, but they are refusing and say they want to see the mayor.

The office of the premier has confirmed that David Mabuza’s safety was not threatened by the protest action near his home this morning.

“Our understanding is that the protest was not necessarily in front of his house. Law enforcement handled the situation.”

“The premier encourages taxi drivers not to infringe on other people’s rights. When they barricade the road with burning tyres, people fear for their lives, and they cannot use the road freely,” said Mncwango. Police have also opened fire and are throwing teargas at the taxi drivers.

At 8.34am: The taxi drivers ran away after police shot rubber bullets and threw teargas at them, but they left their taxis on the road, and the road is still inaccessible.

At 8.45am: Police are clearing the scene. Taxi drivers fled after rubber bullets and teargas were fired at them. Police said they would tow any remaining vehicles from the road if they were not collected.

The taxi drivers said they were angry because they previously raised their issues with the mayor and had several meetings with him.

The road has been cleared and is open again to the public.

Travel ban: Holidays abroad up in the air due to Omicron
11 mins ago
11 mins ago
PREMIUM!

Travel ban: Holidays abroad up in the air due to Omicron
11 mins ago
11 mins ago
PREMIUM!