The truck, which was transporting chemical gas bottles, was driving over the white line down the middle of the road. 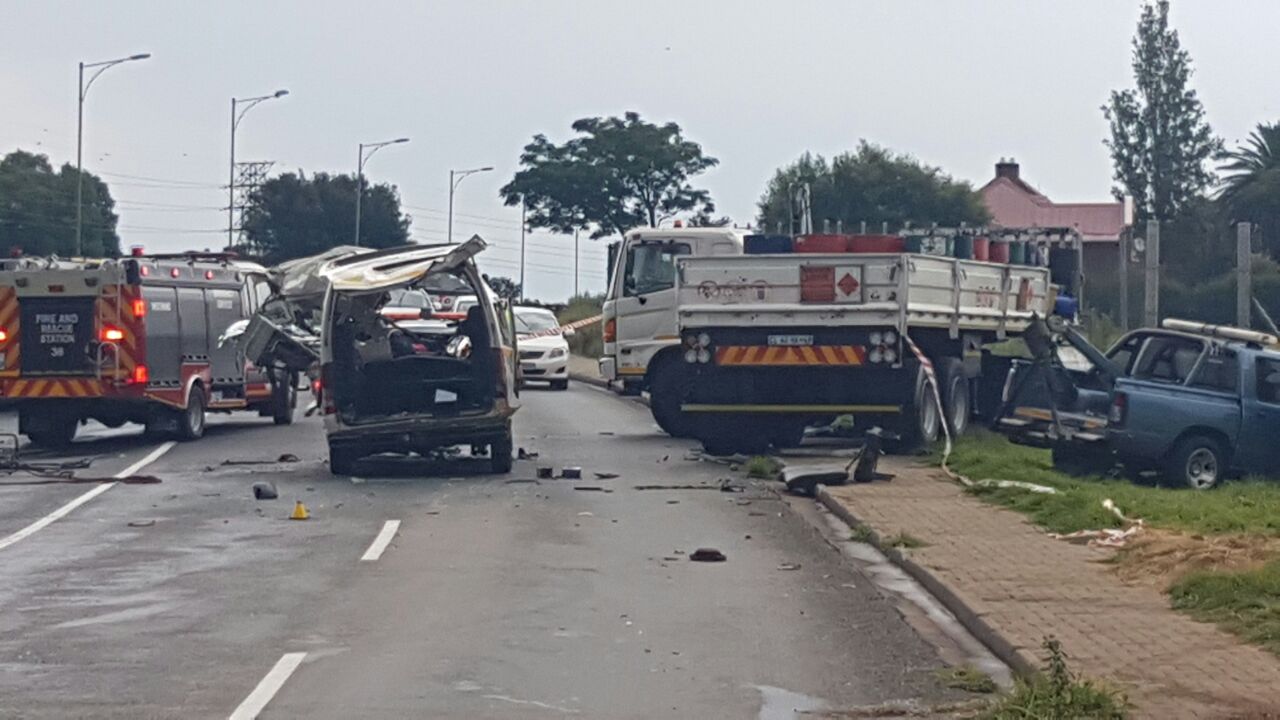 The scene where a taxi and a truck collided resulting in eight people dying. Photo: Bianca Pindral.

In what is being described as an incredibly horrific scene, eight people have died so far and several others injured after a taxi and truck collided near the Krugersdorp Correctional Services on Friday.

It is believed that three children are among the deceased, Krugersdorp News reported.

Emergency workers, members of the Sector 5 Community Policing Forum and the local authorities are all currently on the scene, which is on the R24/ Luipaard Street in the CBD.

Information gathered from the scene suggests that the truck, which was transporting chemical gas bottles, was driving over the white line down the middle of the road to avoid a large puddle of water. The taxi was travelling behind the truck when they collided. The road is currently closed and Krugersdorp’s Traffic Department official are on the scene to assist.

One of the passengers of the taxi is being extricated with the Jaws of Life.

More details to follow as soon as they become available.