Puppy killed during burglary in Pretoria

The dog was killed and tossed on to the neighbours’ roof. 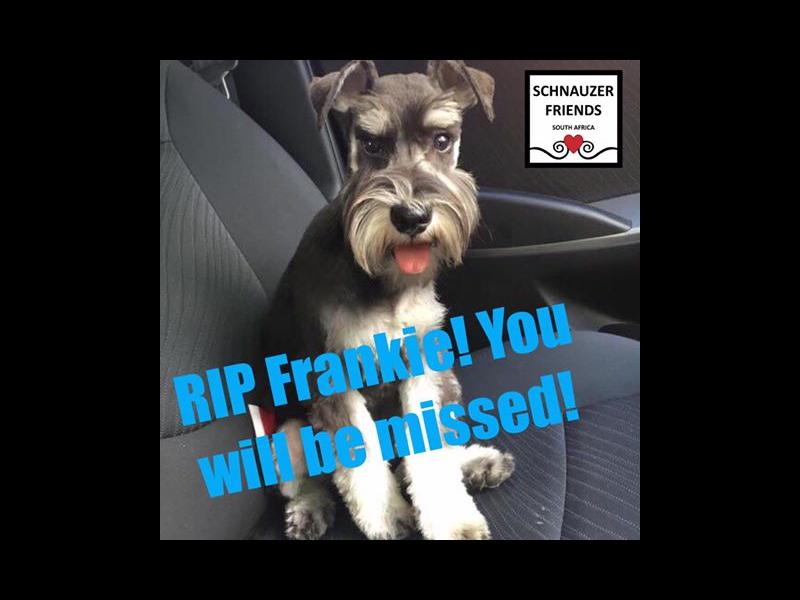 A 7-month-old dog was brutally killed during a burglary, in the east of Pretoria, and was discovered days later on the roof of a house.

The dog owner, Gail Kinnear, said she is devastated after her Schnauzer Frankie was found on her neighbours’ roof on Thursday morning, Rekord East reported.

“I couldn’t look at him … my poor baby,” said an emotional Kinnear.

She said the thieves broke into her home in Menlo Park last week Saturday, and Frankie had been missing since.

“They [burglars] broke the gate motor. The gate itself would’ve been too heavy to lift off its rail, so they must have pushed it open with a car.”

Kinnear said: “Usually when we open the gate, Frankie would run out. The burglars must have held him back or somehow got hold of him before he could escape.”

She said the burglars broke down the front door and managed to break the reenforced steel security gate to gain entry into the house.

Kinnear said her heart sank into her shoes when she and her family came home to a burgled house and discovered that Frankie was missing.

“A feeling of dread turned my stomach when I looked for Frankie outside the house and found half a brick on the ground that could have been used as a weapon to harm my boy,” said Kinnear.

“But I had hope that he simply ran out of the yard when they opened the gate.”

Kinnear said she put up posters about the missing dog and shared a photo of Frankie on social media, particularly on the “Schnauzer Friends” Facebook page.

She describes her lovable pup as a sweet and shy dog.

“He only discovered how to bark a few weeks ago. If he approached the burglars it would’ve been to greet them … he was a small defenseless baby who’d never harm anyone.”

Kinnear said a putrid stench outside her house caught her attention.

“My son climbed the wall separating our and the neighbours’ houses to investigate, when he saw Frankie on the roof.”

Kinnear said she could not bear to look at her beloved dog, as her son – with the help of their neighbours – removed the lifeless body.

“My son said Frankie had a wound on his head. The murderers had probably hit him over the head and disposed of him by throwing him on to the roof.”

Kinnear said she is shocked by the cruelty of the burglars.

“Imagine what would have happened if we were at home when they broke in. If they can do this to a defenseless puppy, what would they have done to us?”

Kinnear said four months before this burglary, her house had been targeted by burglars.

“Each time we install more safety and security measures. Years ago this was a safe area … now we live in fear.”