About forty people were robbed of their cellphones, bank cards and cash before the robbers tried to attack diners at another restaurant. 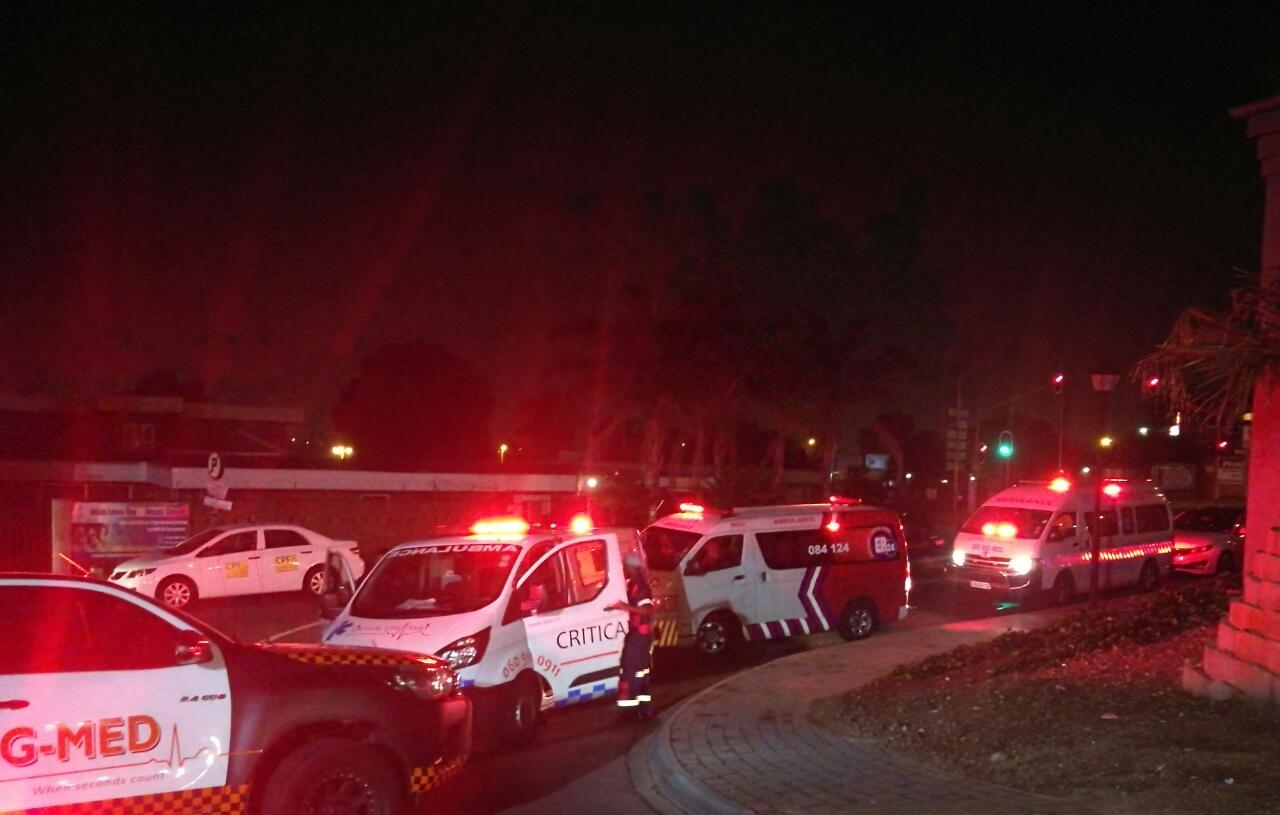 Medics vehicles on the scene.

An alleged robber was shot dead after seven men burst into a pizza shop in Eldoraigne, Centurion, in Pretoria.

According to social media reports, the men arrived at the shop at the Saxby Centre at about 8.20pm on Monday to rob patrons, but their plan went horribly wrong when an armed patron fought back, Rekord Centurion reported.

About forty people were robbed of their cellphones, bank cards and cash before the robbers tried to attack diners at another restaurant but were stopped in their tracks when alert staffers locked the shop doors.

A grateful woman who was at a local restaurant at the time posted a message on Facebook thanking the “staff for locking the doors when the robbers ran wild”.

According to another Facebook post by a witness, the men were emptying customers’ pockets at a pizzeria when one of the customers fired at the suspects.

It is still not known if there has been any arrest, but the Wierdabrug police are investigating the matter.