Speaker of council Vasco da Gama said action will be taken against those found guilty. 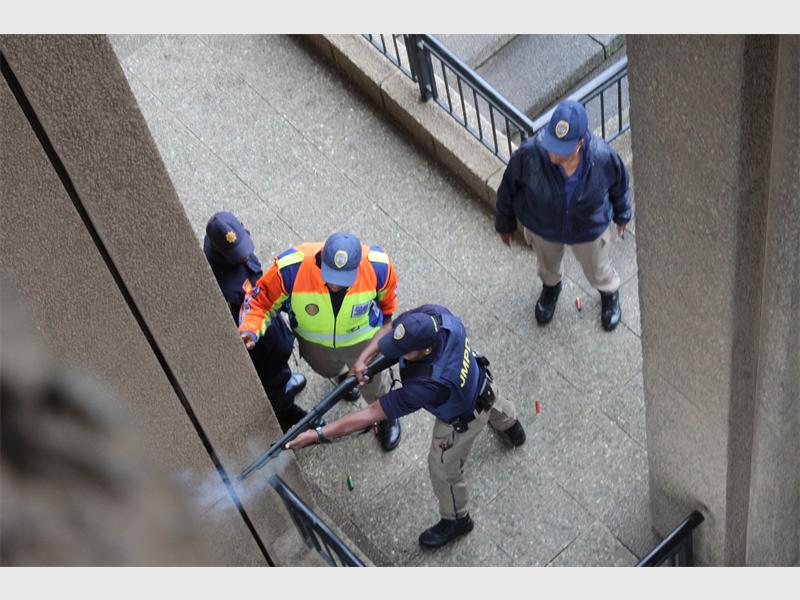 Councillor's laptops were broken, papers we flung, a table overthrown and glassware broken during a City of Joburg Council sitting today.

Not unusual for council sittings, a group of protesters gathered outside the metro centre in Braamfoinetin early on Thursday.

With council in sitting, the African National Congress accused Mayor Herman Mashaba of being biased because he did not want to retrieve a memorandum for the Jozi@Work-clad protesters, but did so in other instances, Northcliff Melville Times reported.

The party proceeded to be excused from the sitting and its member left to join the protest that was already being monitored by metro police.

Protesters approached the foyer of the council chamber, broke the panelled glass and entered the chamber.

Councillor’s laptops were broken, papers were flung, a table overthrown and glassware broken.

The chief whip of council, Dr Kevin Wax, said the ANC has tried to disrupt council from the start, but he did not expect it to go this far.

“I am not happy with how metro police dealt with this matter. This will be fully investigated,” he said.

Speaker of council Vasco da Gama said action will be taken against those found guilty.

The Jozi@Work programme has been cut by Mashaba, much to the disappointment of the ANC. They voiced this in council as well today