CPS announced on Sunday it could continue to pay grants for the next two years while Sassa gets its act together. 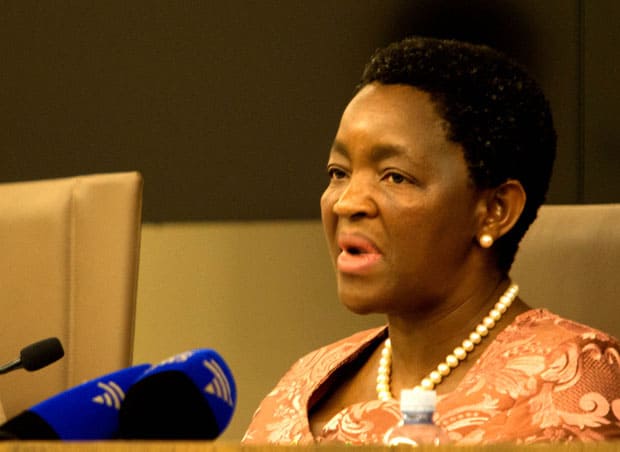 Political analyst professor Andre Duvenhage warned that playing with the bread and butter of ordinary grant beneficiaries was playing with fire.

He added that people would take to the streets if they did not receive their grants.

His comments follow after Social Development Minister Bathabile Dlamini vowed on Sunday that none of the 17 million beneficiaries would go unpaid.

Dlamini convened a press conference in Pretoria yesterday to discuss the ongoing controversy regarding the social grants payment system within the South African Social Security Agency (Sassa) beyond March 31, when the current contract with Cash Paymaster Services (CPS) expires.

Despite there being no deal finalised yet with CPS, Dlamini remained confident that all beneficiaries would receive their grants.

She said no replacement could be found for CPS because of “nonresponsive bidders” on the contract put out to tender for managing the grant payouts.

She added that Sassa had intended to take over payments of the grants, but did not have resources to do so.

Dlamini said she has been “engaging” Finance Minister Pravin Gordhan over social grants payments, which have sparked much anxiety among the millions of vulnerable South Africans who rely on this monthly state allowance.

On Saturday, President Jacob Zuma met Dlamini and Gordhan and was informed about government’s readiness to pay the grants on the first of next month.

“We met with the finance minister on Saturday and what I saw was that Pravin will continue to work with us. But I don’t want to talk about issues that will create problems,” Dlamini added.

Following the meeting, Zuma was of the view that the hitches were solvable.

He directed the two ministers to mandate their technical teams to work on the outstanding issues in order “to ensure that social grant beneficiaries receive their grants on the 1st of April”, the presidency said in a statement.

Dlamini told journalists that her department and Sassa had “a R140 billion social assistance muscle which goes directly to beneficiaries”.

She blamed the media for creating tension throughout the country when reporting on the matter, saying they should not report what she termed “half-truths”.

“It should be clear that, come April 1, we are paying grants and, when the time is right, we will report back on every stage of the negotiations we have had with all stakeholders.”

The CEO of Net1, parent company of CPS, Serge Belamont, confirmed on Sunday that CPS would continue to make the grant payments, and could possibly do so for the next two years while Sassa prepares itself for taking over the payments itself.

Meanwhile, Duvenhage, speaking to The Citizen yesterday, said it appeared that it was not only negligence that had contributed to the grants crisis.

“It appears there has been something deliberate to this whole issue – and all this is happening at a time when the country’s political environment is volatile.

“Come April 1, if even only 4 million beneficiaries do not receive their grants, people will take to the streets,” Duvenhage added.

He said it seemed as if the grant saga was being used as a tactic by the Jacob Zuma faction in an attempt to discredit Gordhan and mobilise ordinary South Africans against the Treasury.

“Bathabile Dlamini is known to be very close to Zuma and she is also the president of the ANC Women’s League, which has always spoken in defence of the president,” Duvenhage said.

“My gut feeling tells me that if you really want to succeed in discrediting Treasury, this is probably the best strategy. And I’m sure the other question that is being asked is what will actually happen to Brian Molefe, who is now a member of parliament.”

Dlamini’s press conference yesterday came on the back of the resignation of her director-general, Zane Dangor, on Friday. Dangor said he resigned as a result of a breakdown in relations and because of disagreements about the processes leading up to April 1.

Dlamini described Dangor as a well-respected person within the social development sector, but added that she would not discuss his resignation in public.

Responding to calls for her to resign, Dlamini said: “I did not join the ANC to be a minister. You are appointed by the president and if you don’t perform well, the president can ask you to recuse yourself.”

Sassa payment dates: When to collect the R350 SRD grant in December
23 hours ago
23 hours ago

Sassa payment dates: When to collect the R350 SRD grant in December
23 hours ago
23 hours ago