Cop evicted after 8 years from house he sold to lawyer

The saga began in 2005 when the attorney started looking for a home. 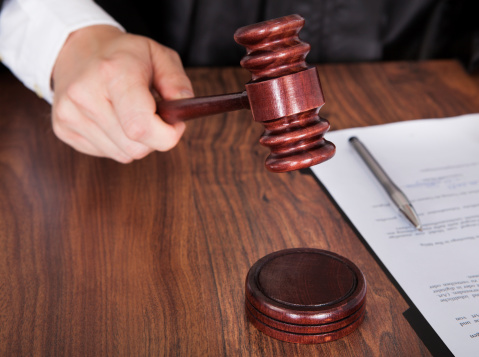 A Mamelodi policeman has not only been evicted from the house he had sold to an attorney eight years ago, but was ordered to pay almost the equivalent of the purchase price in back rental.

Acting Judge H Barnes granted an order in the North Gauteng High Court in Pretoria, evicting policeman Refedile Matsimela from his former home in Mamelodi, and ordered him to pay over R154 000 to attorney Selby Mampuru for the more than eight years he lived rent-free in the house.

Matsimela was, in addition, ordered to pay the considerable legal costs involved in the drawn-out court case for his eviction.

The court dismissed Matsimela’s allegation that the property had been transferred to Mampuru fraudulently and his counterclaim for it to be transferred back into his name.

The saga about the ownership of the house in Mamelodi East began in 2005 when Mampuru started looking for a home.

A local estate agent, Collins Serepong, took him to Matsimela’s house and the attorney thereafter offered to buy the house for R185 000. Matsimela and Mampuru both signed a sale agreement and Mampuru obtained a bond for the purchase price, only for Matsimela to refuse to sign the transfer documents.

Matsimela never told Mampuru or the estate agent that he wanted to cancel the sale agreement, but then ignored a lawyer’s letter and even a court order forcing him to sign the transfer documents.

Mampuru in desperation obtained a court order in 2007 authorising the sheriff to sign the transfer documents in Matsimela’s stead, whereafter the property was transferred into Mampuru’s name in May 2008.

They attorney has been trying ever since to have Matsimela evicted.

Barnes dismissed Matsimela’s claims that the estate agent had made him sign a “blank agreement” of sale without him knowing what the purchase price would be, and that he had instructed the estate agent not to proceed with the sale.

His claim that he never received any of the court orders was also dismissed.

Matsimela claimed the sale was not legal because he did not have his estranged wife’s permission to sell the property, but the judge said even if Matsimela was married, ownership of the property had been validly transferred and his occupation at no cost had been unlawful since 2008.