'When I went outside, all I saw was blood. He then ran to me.' 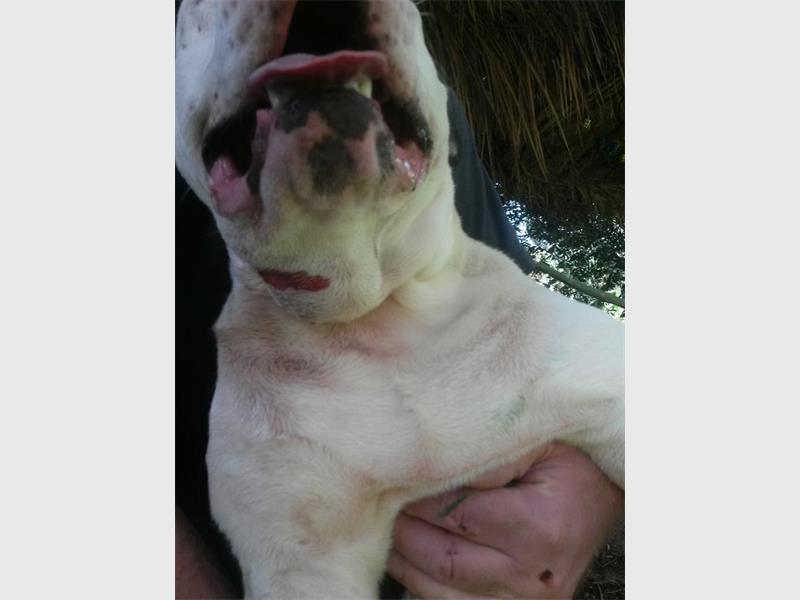 A dog owner in Culemborg Park, Randfontein, is furious after her beloved pitbull was shot with a pellet gun on the weekend.

The incident took place at about 10pm on Sunday, Randfontein Herald reported.

An emotional Joanne Muller, the owner, spoke to Herald on Monday, saying she posted the incident on social media, and residents were fuming.

“My dog, named Klaus, is just over a year old. That Sunday evening he was, as always, in the backyard. When I went outside, all I saw was blood. He then ran to me,” Muller said.

She added that she first thought it was one of the palm trees that had injured Klaus, but she soon found the pellet embedded in his neck. Muller immediately called Dr Hendrik Johannes Naude of the Randfontein Animal Hospital, who assisted her over the phone. “May the person who did this never have animals or children. I hope this person never sleeps – SIC.”

Muller said they had high walling around the house and her dogs and children never left her property. Muller battled to stop Klaus’ bleeding for two hours.

He advised residents who experience this type of incident to report the matter to the police.

On Tuesday morning, Muller told the Herald that Klaus is doing well, and expressed her gratitude to Dr Naude for all his assistance

SA not obliged to accept conditions, says Ramaphosa on COP26 green deal
2 hours ago
2 hours ago

SA not obliged to accept conditions, says Ramaphosa on COP26 green deal
2 hours ago
2 hours ago