Police still on scene searching for three suspects believed to be involved. 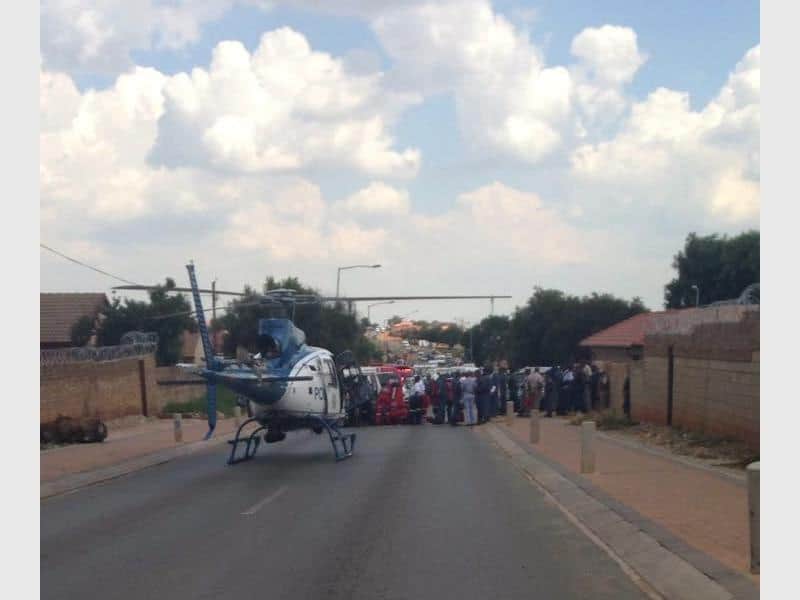 The policeman was loaded into a helicopter and airlifted to Milpark Hospital. Photo: supplied

A policeman was airlifted to hospital after he was allegedly shot in the head near a petrol station in Kagiso, on the West Rand, at about 1pm today, March 7, Krugersdorp News reports.

Police marked the road with cones to indicate where evidence of the shooting can be found.
Photo: Supplied

Details of the incident are still unclear, but it is believed three suspects were involved. Police were still on scene to look for the suspects.