Recap how the events unfolded from when the baby girl went missing in an apparent hijacking to when she was found and her mother appeared in court. 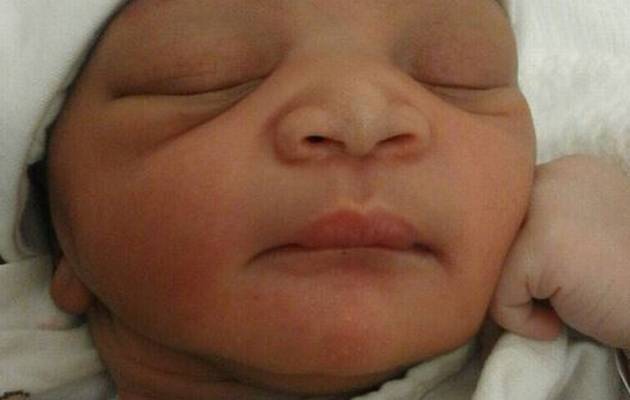 New information reveals an alleged love affair at the centre of the abduction of the one-month-old baby, who was found unharmed following an incident, which now appears to have been a staged hijacking that played out on Friday.

According to TimesLive, two independent police sources with intimate knowledge of the case said intense scrutiny and questioning by detectives uncovered the mother’s secret affair.

Police had said on Sunday that too many inconsistencies emerged during the interviews, especially in terms of the initial reporting to the police of how the incident developed, and this became critical in setting up the roadblock at Mariannhill in the early hours of Sunday morning and led to the arrest of three people, including the 34-year old biological mother of the baby, another woman and a man.

The arrested man is widely reported as being the biological mother’s boyfriend, and, according to TimesLive, the other woman, who has reportedly not yet been charged, is the man’s other girlfriend.

The baby’s father, Christopher Mbambo, according to TimesLive, has eight children with his first wife.

Here’s the events as The Citizen understands unfolded from Friday to Monday:

Friday afternoon: Police searched for a white Toyota Yaris that was reported as stolen during a hijacking at the City View shopping centre in central Durban.

KwaZulu-Natal police spokesperson, Lieutenant-Colonel Thulani Zwane, said two suspects accosted a woman who was with her eight-year-old daughter and one-month-old baby and allegedly hijacked her of her car and fled with the baby.

A tweet by SA Crime Watch with a photo of the vehicle went viral:

Friday evening: The hijacked vehicle was found abandoned in Montclair, but there was no sign of the baby or her nappy bag, car seat, pram and items.

Friday night: Police released a photograph of the baby and urged the public to keep a lookout for her.

The mother of the baby further told East Coast Radio Newswatch during an interview that she was still with police and had not yet been home since the hijacking. She pleaded for the men to return her child, saying it was “very hard”.

Saturday morning: Search and rescue teams were still out looking for the baby in a search party, which was dubbed #HelpFindDurbanBaby. The search saw not only SAPS Search and Rescue teams but also Rescue Care paramedics and many others lend a helping had. There were more than 100 people who joined the search.

Police then offered a reward of up to R250 000 for information leading to the whereabouts of the abducted Durban baby.

Saturday night: Police set up a road block at the Mariannhill Toll Plaza.

Brigadier Sally De Beer, SAPS spokesperson, indicated in a statement on Sunday morning: “Information generated from the interviews became critical in the setting up of a roadblock in Mariannhill in the early hours of this morning.”

She had said too many inconsistencies emerged during the interviews especially in terms of the initial reporting to the police of how the incident developed.

Early hours of Sunday morning: At about 1am on Sunday morning, police intercepted a vehicle at the Mariannhill Toll Plaza and found the baby safe and sound inside. A metro police officer with Baby Mbambo after she was found in a car at Mariannhill Toll Plaza. Picture: Berea Mail

Three suspects were arrested and the unharmed baby were found in the car.

Later on Sunday morning: Police confirm the mother of Siwaphiwe Mbambo, a man and another women were arrested in connection with the hijacking and abduction of the one-month-old baby. It is believed the man is the mother’s boyfriend.

De Beer said: “The baby has been placed under the care of social development. Three people including the 34-year old biological mother of the baby, another woman and a man, have been arrested and are in custody.”

She added: “The diversion of policing resources by people with selfish motives cannot be tolerated at all. It is thus critical that in situations like this, those involved are dealt with during the processing of their cases by the courts of our country.”

A special prosecutor was appointed this morning to work with the SAPS on this case.

Monday morning: The mother and one other accomplice appeared at the Durban Magistrates’ Court and the case was adjourned until Wednesday, March 15, pending DNA samples to be taken as well as for the state to complete a list of charges and for the mother’s attorney to be present.

The third person arrested did not appear in court today, and her name was not on the roll. TimesLive reports that she was not charged.

Baby Siwaphiwe is still at the place of safety and being cared for by the department of social development.

Monday afternoon: A Durban lawyer representing the mother’s boyfriend in the case told the Northglen News: “According to the law, a parent cannot kidnap their own child.”

The lawyer, Andile Dakela said his client believes he is the child’s biological father. When asked whether his case rested on this fact, Dakela said this was incorrect to assume and that he was merely following the instructions of his client. “I will cross that river when I get there,” the attorney said.