The family still questions how the authorities changed the proprietors' names without their consent. 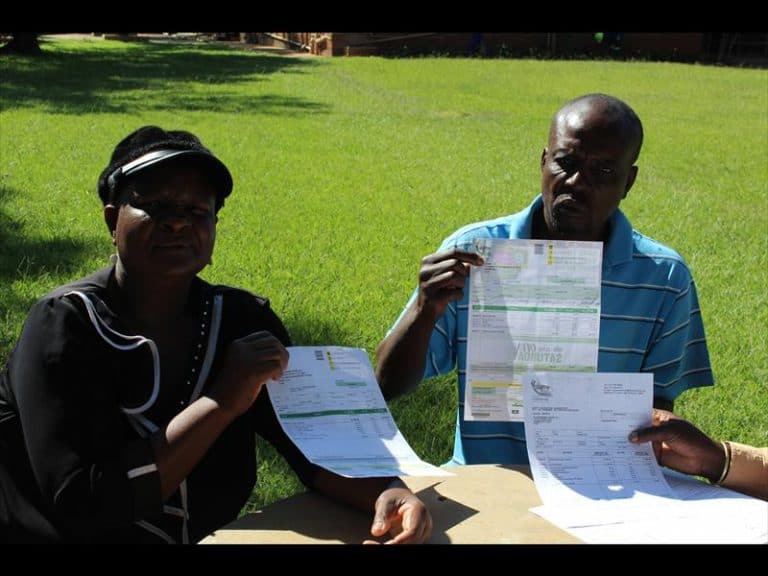 A Mamelodi family in Pretoria might lose their decades-old house after their late brother’ girlfriend registered it in her name after his death, Pretoria East Rekord reports.

The live-in girlfriend allegedly disappeared before his funeral.

Under apartheid, some township houses were offered to occupants on a 99-year lease.

At the beginning of democracy, the lease was converted to family right, which meant the house did not belong to an individual but the family unit. But one family member could be registered as a guardian to look after the house.

No sale of the house was supposed to occur unless a family committee had signed off on the agreement.

But the Hlongwanes recently had the shock of their lives when they learned that their family home in Mamelodi was up for sale.

The family had gone to the family court in Mamelodi West to register a new guardian after the previous one had died.

In March last year, Jabulani Hlongwane (42) died after a long illness. After the mandatory mourning period, the family decided it was time to meet to appoint a new guardian. They agreed to replace Hlongwane with brother Seth.

But there was a snag, as during the mourning period, it seemed Hlongwane’s girlfriend, who could be viewed legally as his customary wife depending on the length of their cohabitation, had registered herself as owner.

Family spokesperson and brother Thomas Hlongwane said: “After our parents died in 2003, we went to the family court to register my younger brother as guardian of the family house.

“He was young and we had our own houses by then but did not give the house to him. He only had use of the house and was responsible for keeping it safe and paying his dues.

“He then paid lobola for his girlfriend (37), who then came to live with him in the family house. We saw nothing wrong with this, and they were already blessed with two children who needed space rather than growing up in backyard room.”

Thomas said after the death of Hlongwane, the girlfriend never set foot in the house.

“Instead she suddenly changed colours and started spreading rumours that we were plotting to kill her, hence she couldn’t bury ‘her husband’.”

According to the family, the two never married.

“The worst was still to come. We were each summoned to the family court after she applied for protection orders against us as a family. She accused us of threatening her,” said Thomas.

“The family house did not belong to our late brother. We decided as a family that he would look after the house and pay for the electricity and water he was using with no idea that her girlfriend and mother had designs for the family house. My brother was caretaker of the family house, that [terminology] was even signed on,” said Hlongwane.

Seth said what shocked him the most was not that the girlfriend had put her name as owner but that the authorities, assuming they believed she was the legally appointed guardian, had allowed her to put down a family name that was not Hlongwane.

“My brother’s girlfriend cannot claim to be family when she didn’t even change her name to our family while our brother was alive. If she wants to claim being his heir, then why did my brother never finish paying lobola. He was supposed to finish paying then have a wedding.”

The Hlongwanes said they were sitting on a big problem because the girlfriend had put the house on the market for R300 000.

“We went to the Tshwane metro offices in Mamelodi to lodge a dispute they gave us different stories, and everywhere we go, we are sent from pillar to post,” said Thomas.

#Pensioner, startling story of pensioner thrown out of his house by bogus family emerged in court @SAPoliceService>https://t.co/bXFy4IwsJ4 pic.twitter.com/GA65kRlxUB

“She even took my brother’s life policy payout. By law she is not officially our makoti because we did not finish paying lobola, but now our family house does not belong to us and has been changed to the girlfriend’s surname.

“If we want to talk to our ancestors, where will we go for that?” she said.

“We have opened a case of fraud against her, but the Mamelodi East police have kept us in the dark, no one is telling what progress has been made,” said Seth.

Police spokesperson Captain Michael Mbewe confirmed that a docket for fraud was opened and that the police were investigating.