Sony has announced a new virtual reality headset codenamed Project Morpheus for the PS4 at a GDC panel. 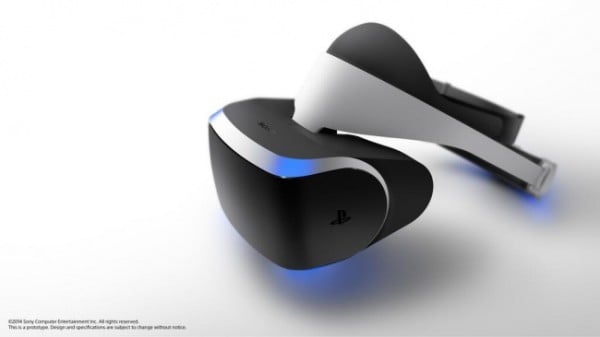 According to Shuhei Yoshida, president of SCE Worldwide Studios, “virtual reality is the next innovation from PlayStation that may well shape the future of gaming”.

The panel demonstrated some early builds of the VR headset running a demo of God of War III (modified to be played from a first-person perspective) and Datura. A big factor emphasised was the nature of presence — ensuring the user is fully immersed in the virtual world to avoid dissonance with actual reality and virtual reality. No blue or red pills were mentioned. Also, The Matrix is now 15 years old. Sony is working with the likes of Epic and Crytek at bringing engine support to Project Morpheus. What was really interesting was the following information provided by PlayStation Move’s co-designer Anton Mikhlov. While he lists a couple of points that have already been cited by the Oculus Rift as necessary for an immersive experience (such as low latency and high frame rates), he went on to explain that haptic feedback is extremely important, citing things like arm positioning and force feedback via things like chairs and steering wheels.

According to Mikhlov, the current dev kit will support 90-degree field of view at 1080p, and can be worn with glasses. Interestingly, Oculus Rift title EVE: Valkyrie as well as a Morpheus-enabled build of Thief will be playable for GDC attendees, but according to Mikhlov Project Morpheus does not support cross-platform APIs with the Oculus Rift.