‘Facial piercings represent the pain I’ve been through’

Speaking of the general responses when in public, Mokgotho said that he has been at the receiving end of some outlandish reactions. 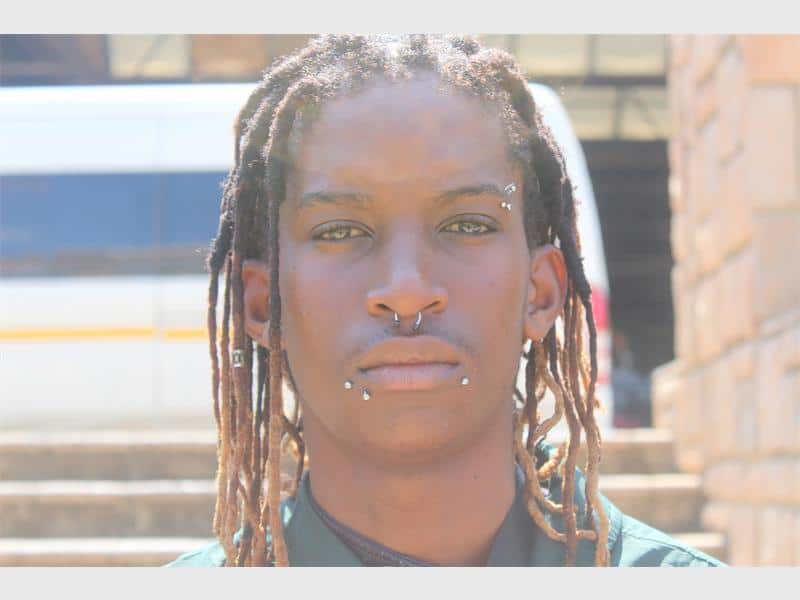 A resident of Braamfontein in Johannesburg, has, however, taken a different stance on this social convention. Shepherd Mokgotho (20) cuts a conspicuous figure as he chills in the park in Braamfontein.

“The piercings, for me, are more than jewellery and (attracting) the attention of people, but (instead) resemble the stuff that I went through.”

Speaking of the general responses when in public, Mokgotho said that he has been at the receiving end of some outlandish reactions.

“It’s very challenging when I walk around the streets, as different people react differently to such things. I was once at the Bree taxi rank and was told by a taxi driver that I would be killed in Joburg for looking like this. I didn’t feel very welcome, but I eventually got over it.”

Mokgotho acknowledged that he had to contend with high levels of physical pain to embrace his newfound look, however, he made philosophical references as to their true significance.

“The piercings represent each of the places I’ve travelled to. I have a Joburg piercing which I got last year after arriving for the first time. Therefore, the pain I received from piercings resonates with the pain that I’ve experienced in life.”

According to Mokgotho, Mafikeng, Zeerust and Rustenburg in North West province are places he’s traversed and are represented in his piercings

The fashion student added that he has plans to get more piercings in the future.

“I want to get more piercings, but not my ears, that doesn’t appeal to me. I will be getting three more piercings from different locations I intend to travel to in the future.”

Asked whether these will be facial piercings too, Mokgotho indicated that they would, instead, be on other parts of his body. “I would like to get piercings on my right nipple, neck and on my back as well.”