The butterfly habitat garden is a response to the concern that children growing up in urban areas are often disconnected from the natural world. 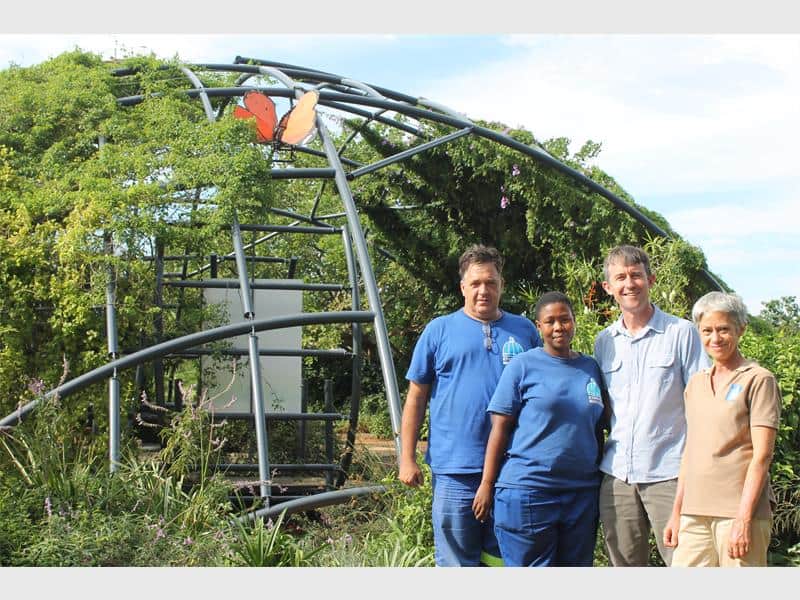 There is a new attraction in Durban that, if he were alive today, may well have inspired 19th centrury American novelist Nathaniel Hawthorne when he wrote:

“Happiness is a butterfly, which, when pursued, is always just beyond your grasp, but which, if you will sit down quietly, may alight upon you. The beautiful new indigenous butterfly habitat garden at Durban Botanic Gardens is a living, colourful spot of pure happiness, where, if you do sit quietly for a minute or two, you’re bound to have a butterfly alight upon you.”

The new garden, which was seven years in the making, opened officially to the public on April 4 in the umPhafa Garden, which was created as part of the conversion of what was the Living Beehive built at the Durban Botanic Gardens to showcase local biodiversity, innovative engineering and local indigenous knowledge during COP17 in 2011.

The largely experimental garden exhibit was converted into a butterfly garden while still retaining a local biodiversity and people-plants-culture focus, Berea Mail reported.

The project was supported with initial funding provided by the SA National Biodiversity Institute (SANBI) and the Durban Botanic Gardens Trust.

The garden is a new garden concept accrued from knowledge gathered by local entomologist and indigenous butterfly specialist.

Dr Americo Bonkewitzz, who, with the support of the African Conservation Trust, developed several community-based butterfly domes at various sites in KwaZulu-Natal.