My client remains head of the Hawks, says Ntlemeza’s lawyer

Law experts wonder exactly what Ntlemeza is appealing and if his lawyer is not leading him down the garden path. 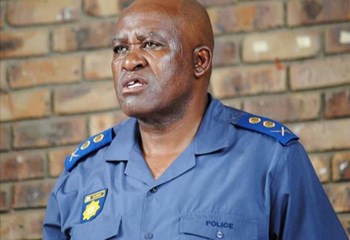 Despite some analysts expressing dismay at the appeal Comfort Ngidi, Berning Ntlemeza legal representative, lodged with the Supreme Court of Appeal in Bloemfontein, he is confident it will succeed.

“The status quo remains. You must therefore refrain from referring to my client as ‘former’ head of the Hawks’. He remains employed by the state in the position he held before the high court ruling,” Ngidi told The Citizen in between meetings. He expressed his consternation with Police Minister Fikile Mbalula.

The registrar of the SCA, Paul Myburgh, confirmed that Ntlemeza’s affidavit on the matter has been deposed with the SCA. Acting court president Judge Mandisi Maya is currently considering it. Myburgh then gave us a warning: “Please do not try and obtain it from her, do not.”

Until this matter is decided, Ntlemeza remains embroiled in a war of words with Mbalula. During a press conference held after Ntlemeza reportedly instructed the head of supply chain management at Hawks headquarters in Silverton to issue him with a state car, Mbalula came out guns blazing. He accused Ntlemeza of behaving like he was acting in a movie.

Mbalula further instructed Ntlemeza to return the vehicle in his possession. Ntlemeza did so but kept a cellphone, iPad and laptop issued by Hawks. This is because he remains an employed cop.

Ngidi is unfazed by Mbalula’s comments to the media and issued a warning of his own. “My client is aggrieved by the minister’s continued interference in his duties as head of Hawks. This is why my client has instructed me to approach the court to interdict him from doing so, and I have,” he said.

When asked about the nature of his appeal with SCA, whether he is petitioning SCA to allow his client to appeal, or whether he is seeking SCA to overrule Pretoria High Court judgement that he can not continue being employed, Ngidi was cagey.

“Go through supreme courts act, and you will learn that whenever an appeal is lodged the suspension is automatically set aside.” He referenced University of Free State vs AfriForum language policy case and promptly asked to be excused, as he was attending several meetings.

Legal experts unanimously agree Ntlemeza is entitled to keep the electronic devices issued to him by the Hawks, as he remains employed by SAPS. The high court ruling has no bearing on his current employment with SAPS. They are just not sure what relief his lawyer is seeking from the appeals court.

A UCT law professor, speaking on condition of anonymity due to not being appraised with the contents of the appeal, told The Citizen “the issue seems to be the force and effect of a court judgment which is being taken on appeal. Now, usually a court decision which is appealed is ‘suspended’ until the appeal is decided.”

“But I am aware that this case is different because the high court refused leave to appeal. What I understand Ntlemeza to be doing is not appealing to the Supreme Court as such, but asking for their permission to appeal to them in the first place,” she explained.

Other private law, constitutional law and civil procedure academics were in agreement that until “a Supreme Court of Appeals judge says yes you can appeal, this is not yet an appeal”. What they are speculating Ngidi to be seeking from SCA is to be allowed to challenge the ruling that he cannot appeal.

This is where the dithering between Mbalula and Ntlemeza originates, as a law lecturer explained. “If he is indeed seeking a relief allowing his client to appeal the high court’s decision that he can’t appeal, then it is not yet an appeal, and he automatically relinquishes all responsibilities as head of Hawks. He reverts to being an ordinary officer and can’t access Hawks offices or issue instructions.”