Upon further investigations at the scene, police discovered that the car was rented. 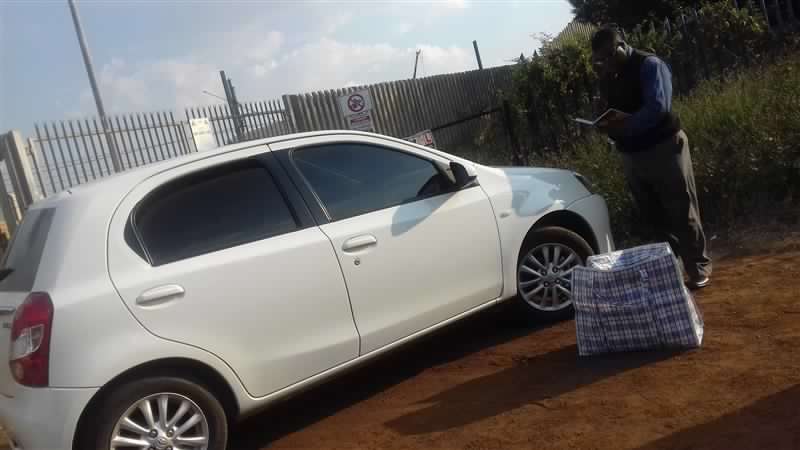 The gang of jewellery thieves who robbed a store in Festival Mall, in Kempton Park, dumped their car in Spartan before fleeing on foot.

The car, a white Toyota Etios, was found abandoned on Fitter Road at about 2.30pm on Monaday not long after the robbery at Technogold, Kempton Express reported.

At about 2pm, five armed men entered Technogold and held staff members at gunpoint. Two people, an employee at the shop and a security guard, were shot and injured during the incident. THE empty bag left behind by the jewellery thieves.

Upon further investigations at the scene in Spartan Kempton police also discovered that the car was in fact rented. The car had also been fitted with a second registration plate over the original one.

The Etios was parked right at the end of Fitter Road, outside a machining firm.

A witness said he saw a group of men come out of the car and hid behind a nearby bush while it looked like they were off-loading something.

The men then fled on foot, got into Green Avenue and ran towards Isando.

Police spokesperson Captain Jethro Mtshali said they would investigate to determine whether or not this robbery was linked to another one that took place earlier at another jewellery shop on Central Avenue.