Man shoots, injures girlfriend then turns gun on himself

When police officers arrived at the scene, they found the couple lying in a pool of blood. 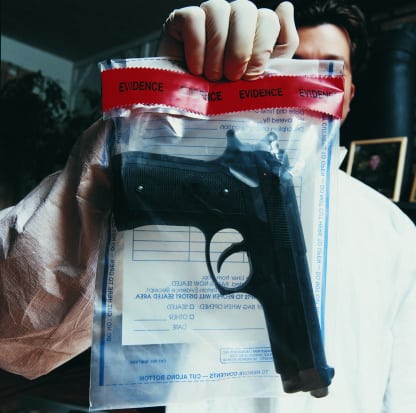 A 38-year-old man has allegedly shot his girlfriend before killing himself at Clayville, Olifantsfontein, in Gauteng.

When police officers arrived at the scene, they found the couple lying in a pool of blood on Sunday, Midrand Reporter reported.

Neighbours alerted the police about the incident after hearing gunshots.

Station commander of the Ivory Park Police Station Brigadier David Mbongeni Ngcobo said: “The woman said she had been shot by her boyfriend who was also lying on the floor showing no signs of life.

“He was certified dead on the scene by paramedics, and the woman was taken to hospital for treatment.”

Ngcobo said he was deeply disturbed by the incident that occurred hours apart from another one, where another woman was allegedly shot and injured by her boyfriend in Kaalfontein.

“These shootings by intimate partners are a harsh reminder of the need for the community to watch out for each other. Relatives, co-tenants, colleagues and neighbours are probably the first people to be aware of the existence of domestic violence,” said Ngcobo.

Police are appealing to community members who know of domestic violence incidents to report them to the police station.

“Report issues of domestic violence so that victims can be informed of their rights and options available to them in line with the Domestic Violence Act,” added Ngcobo.