Once outside the house, she jumped over two walls to get help. 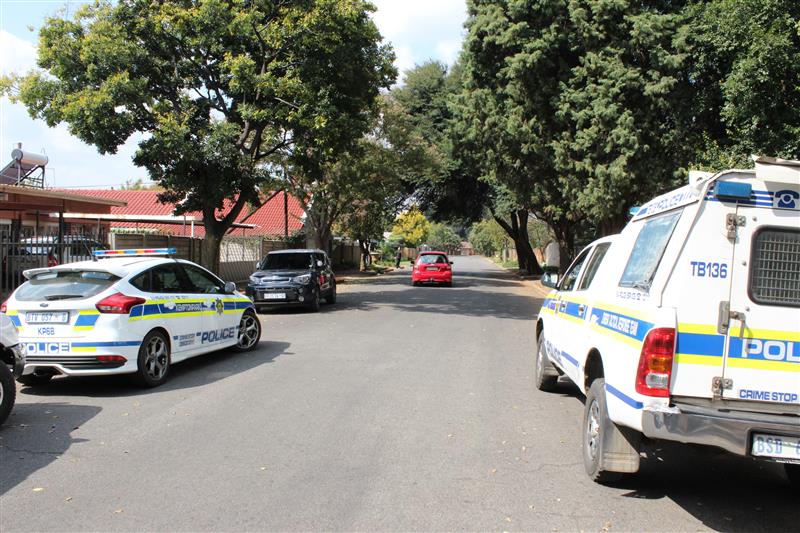 Police reacted swiftly to arrive at the scene but the suspects had just fled. Photograph: James Mahlokwane

A 21-year-old woman crawled through a doggy door and jumped over two fences to escape armed robbers at her grandmother’s house on Impala Road in East Rand on Wednesday afternoon, Kempton Express reports.

At about 12.40pm, the two men jumped over the wall to gain access to the house, not knowing there was someone inside.

“My mom and I arrived from Brits this morning to come and visit my grandmother. My mom and grandmother were out, and I was sleeping in one of the guestrooms,” said the woman, who wishes to stay anonymous. 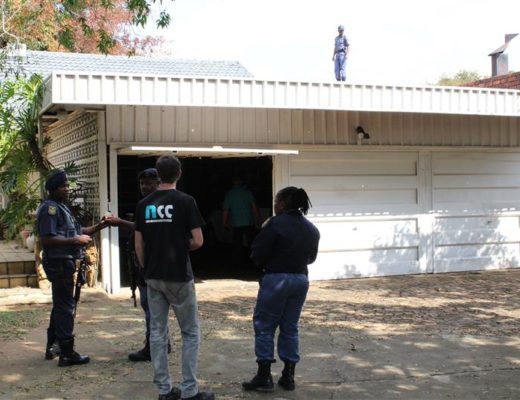 Police search for suspects in the area. Photograph: James Mahlokwane

“I heard the dogs barking, and I went out to see what was going on. When I approached the front door, I saw the men trying to open the door. The one had a spanner with him and the other man was armed. When they saw me, I ran as fast as I could. I didn’t even take my phone with me.”

READ MORE:Pretoria man forced under a duvet during house robbery

“I just heard them yelling to each other, ‘catch her, catch her’ and that’s when I jumped the fence in the backyard trying to get help from the neighbours. I was terrified.”

She jumped over another wall and eventually got help from the domestic worker who phoned the owner of the house, and they contacted the police. 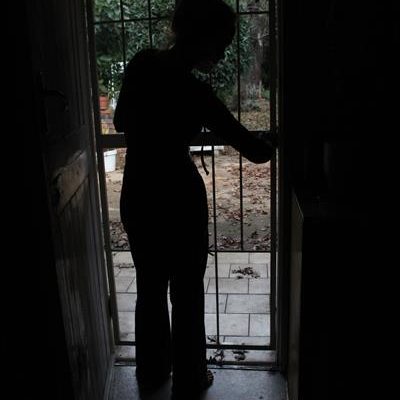 According to Kempton Park police officers on the scene, they cordoned off the whole block in an attempt to catch the men. Unfortunately, no arrests were made.

“I am just very glad that my grandmother wasn’t alone in the house when the robbers were here. It is the first time in 20 years that they even attempted to break into the house.”

A case of house robbery is being investigated.

Pretoria man forced under a duvet during house robbery