When the driver was apprehended, he had a getaway car following the police vehicles. The police flying squad unit nabbed a Mozambican-registered maize-meal truck that was smuggling counterfeit shoes worth an estimated value of more than R1 million in Mpumalanga, Lowvelder reports.

The arrest occurred this morning at 4am when members of the unit stopped the truck on the N4 near Croc Valley. 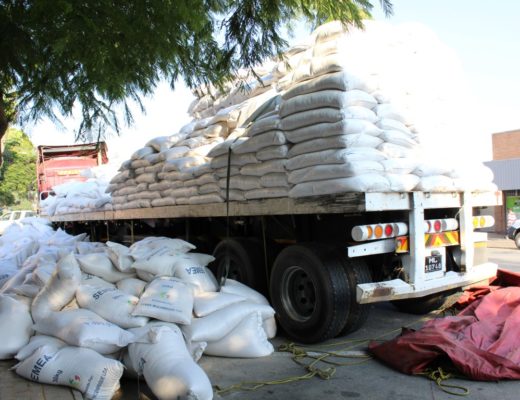 The truck where the smuggled goods were found on.

Police spokesperson Captain Dawie Pretorius said: “The police noticed that the driver seemed nervous of which he eventually admitted to them that he had a few bags of counterfeit shoes.”

The truck was escorted to Nelspruit Police Station.

“When the truck stopped outside the station, a Golf GTi also with a Mozambican registration, which must have been following the truck, stopped. The truck driver jumped into the getaway vehicle,” said Pretorius. 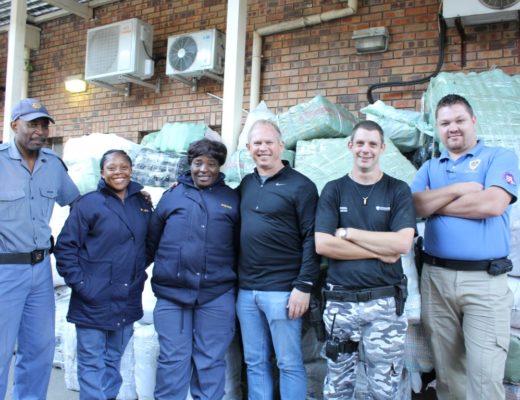 “Smit cornered the Golf from the front, and I from behind so we boxed them in,” said Burger. 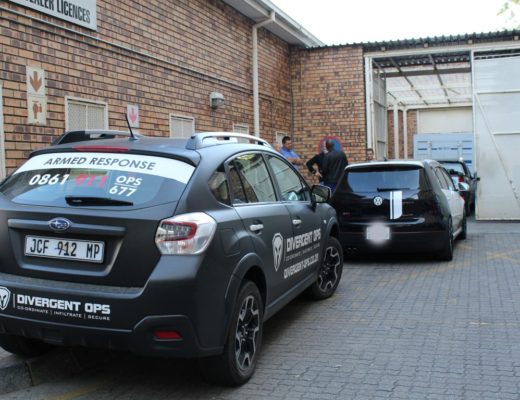 The Golf GTI which was the convoy vehicle for the truck.

Pretorius said the male driver, two female passengers in the Golf and the truck driver were arrested. An undisclosed amount of money was also seized from the convoy vehicle.

Pretorius said all four suspects are believed to be Mozambican citizens and will appear in court tomorrow on various charges of possession of illegal goods.