Apparently the residents have regularly been out of water since 2016. 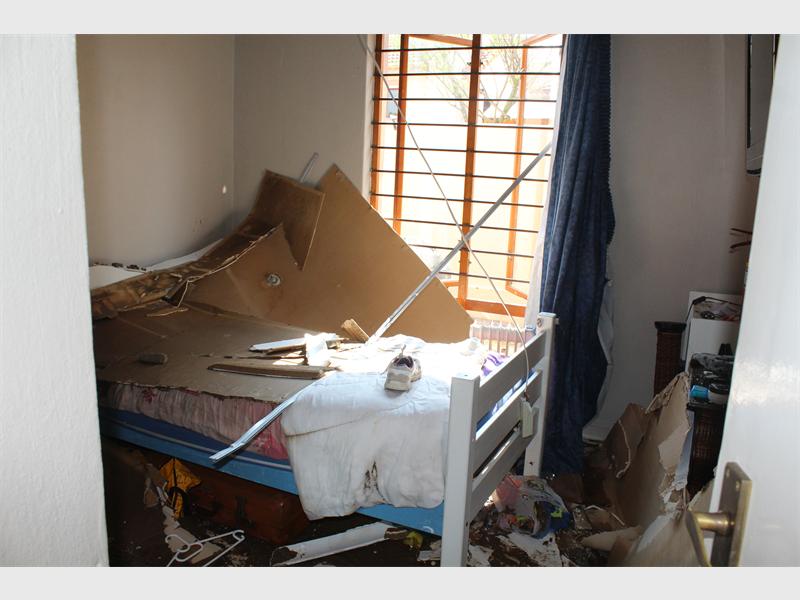 The extensive damage to the White family's home after a huge water pipe exploded, still has to be calculated.

The lives of the White family in north of Johannesburg was turned upside down when the main water pipeline right next to their house suddenly exploded in the early morning hours of Tuesday, May 9, Fourways Review reports.

Dirt, rubble and water gushed into the air and caused extensive damage to their home in Talavera Estate. The family lost their home and most of their belongings that they held so dear.

Homeowners in the estate in Inchanga Road said that they have been struggling with a major water crisis since June 2016. The ongoing crisis has regularly left 8 500 households without water since last year, and they are still struggling to get Johannesburg Water to fix the problem permanently, explained Talavera chairman Lorraine Katz.

The White family was still reeling from shock. “At first I thought it was a hurricane,” said Genevieve White.

Husband Chay White said he was upset with the way Johannesburg Water responded to the crisis. He said he explained to Etienne Hugo, the general manager of operations from Johannesburg Water, that the entity’s alleged “negligence almost cost him and his family their lives”.

Tidimalo Chuene, Johannesburg Water marketing and communications manager, said the pipeline fitting that failed has been replaced with a newly re-manufactured fitting. This fitting has been installed and operational since Thursday morning.

“We will continue to monitor the performance of this installation before backfilling the site. At this stage, one fitting failed. We will also send the fitting to an independent company to test and indicate the possible [causes] of failure. The findings may guide us in preventing similar incidents in future,” said Chuene.

The Whites face another dilemma. School exams start in a few weeks and their children’s school books have been ruined in the explosion.

According to Chuene, their insurers offered the family assistance with meal vouchers and transportation, but the Whites’ have not yet taken up this offer. Johannesburg Water is currently engaging with the family to offer further assistance, explained Chuene.

Genevieve emphasised that they did not reject any offers, but that the offers were only a series of empty promises.

“However, the community has been exceptional. All the help that we have gotten thus far, has come from the community. Johannesburg Water hasn’t done anything to aid us in this difficult time,” said a visibly upset Genevieve.

She said that Johannesburg Water would not even supply them with a fridge and two beds to sleep in. In contrast to this, the community did everything in their power to help the family stitch their lives back together. 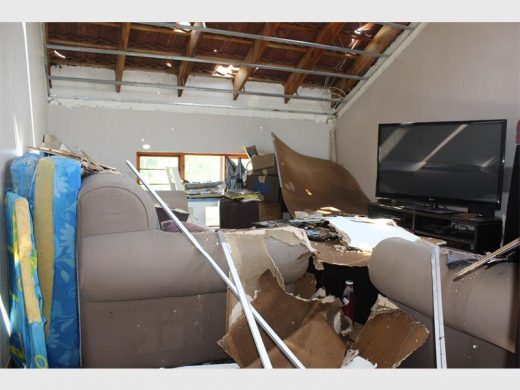 This is where Chay White fell asleep, a few hours before the roof of his home collapsed after the huge water pipe exploded.

The community supplied two beds, a fridge and sourced some furniture. The Whites now rent a two bedroom apartment in Talavera and are trying to get their lives back. The Whites said they feel that Johannesburg Water must answer for ‘these mistakes’ before it costs anyone their life.

Chuene said Johannesburg Water cannot be held accountable until they have received the final report of their investigation. She said once the investigation is over, a report will inform the community exactly what caused of all the pipe failures.

In reaction to the White family’s comments, Chuene said: “It should be noted that this is an on-going engagement with the affected residents that I cannot comment further, owing to the sensitivity and legalities of such matters.” 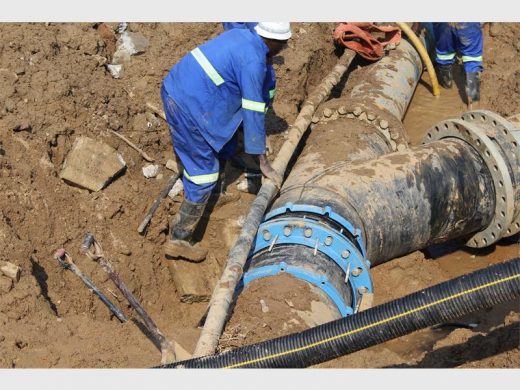 The pipe that burst and caused hundreds of thousands of rands of damage to a house in Talavera Estate.